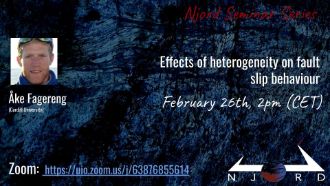 The seismogenic zone is defined as where earthquakes nucleate and is characterised by velocity-weakening fault rocks in a dominantly frictional regime. The base of the seismogenic zone is commonly inferred to coincide with a thermally controlled onset of velocity-strengthening slip or distributed viscous deformation. The top of the seismogenic zone may be determined by low-temperature diagenetic processes and the state of consolidation and alteration. Overall, the seismogenic zone is therefore described as bounded by transitions in frictional and rheological properties. These properties are relatively well-determined for monomineralic systems and simple, planar geometries; but, many exceptions, including deep earthquakes, slow slip, and shallow creep, imply processes involving compositional, structural, or environmental heterogeneities. We consider mixed viscous-frictional deformation and suggest a simple rule of thumb to estimate the role of heterogeneities by a combination of the viscosity contrast within the fault, and the ratio between the bulk shear stress and the yield strength of the highest-viscosity fault-zone component. In this model, slip behaviour can change in response to stress and strength variations with depth and time. We quantify the model numerically, and illustrate the idea with a few field-based examples: 1) earthquakes within the viscous regime, deeper than the thermally-controlled seismogenic zone, can be triggered by an increase in the ratio of shear stress to yield strength, either by increased fluid pressure or increased local stress; 2) there is commonly a depth range of transitional behaviour at the base of the seismogenic zone – the thickness of this zone increases markedly with increased viscosity contrast within the fault zone; and 3) fault zone weakening by phyllosilicate growth and foliation development increases viscosity ratio and decreases bulk shear stress, leading to efficient, stable, fault zone creep. These examples are not new interpretations or observations, but given the substantial complexity of heterogeneous fault zones, we suggest that a conceptual model based on basic strength and stress parameters is useful in describing and assessing the effect of heterogeneities on fault slip behaviour.

You will find the complete schedule for Njord Seminar Series spring '21 here.