João Gama, Associate Professor at the University of Porto, talks about the limitations of current machine learning and data mining algorithms in dealing with real-time data.

The transition to a globally sustainable low-carbon emission society requires a significant increase in the use of renewable energy. We are facing increased decentralized energy production, and digitalization of the whole value chain. Advanced use of ICT is crucial for realizing this energy shift. This is confirmed in the revised national strategy for Norway on energy research, Energy21 which recommends to give "Digitalization and integrated energy systems" top priority. In this context, the energy sector is facing two key challenges: 1) the sector must be able to apply state-of-the-art ICT, 2) there is a lack of talents with the necessary expertise in the intersection between energy systems and ICT, which we refer to as energy informatics. This project, which is a collaboration between research groups at University of Stavanger, University of Oslo, Technical University of Munich, and University of Lille, is one response to these challenges.

The types of MSc theses that I could offer fall within three categories:

SIRIUS has an important role to play in data science

Successful data science requires a mixture of statistics, computer science and domain knowledge. In DataScience@UiO, we bridge the first of these gaps by bringing statisticians and computer scientists from the Factulty of Mathematics and Natural Sciences together, and the other by bringing in industry-heavy research centers such as BigInsight and SIRIUS. In this blog-post, I want to say something about why I believe SIRIUS has a very important role to play in the current and future data science engagement at the University of Oslo. 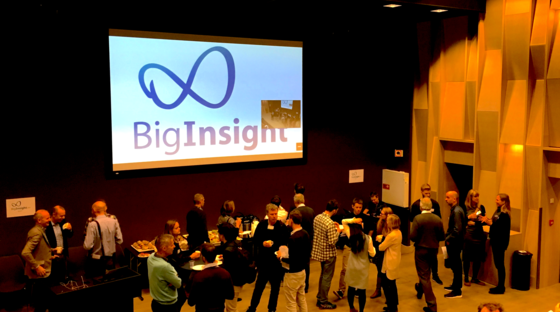 On the 31st of October, all BigInsight partners met at the offices of Skatteetaten to share recent developments and plans for the road ahead.