Iceland was chosen as a half way meeting point for the European and North American based communities, and what a stunning backdrop it provided to discuss all things Arctic; from the deep to atmosphere, and from present-day back to the Paleozoic. Hotel Selfoss served as a wonderful conference centre, and was located around 1.5 hour's drive to the east of Reykjavik.

The conference program was divided between 5 themes: 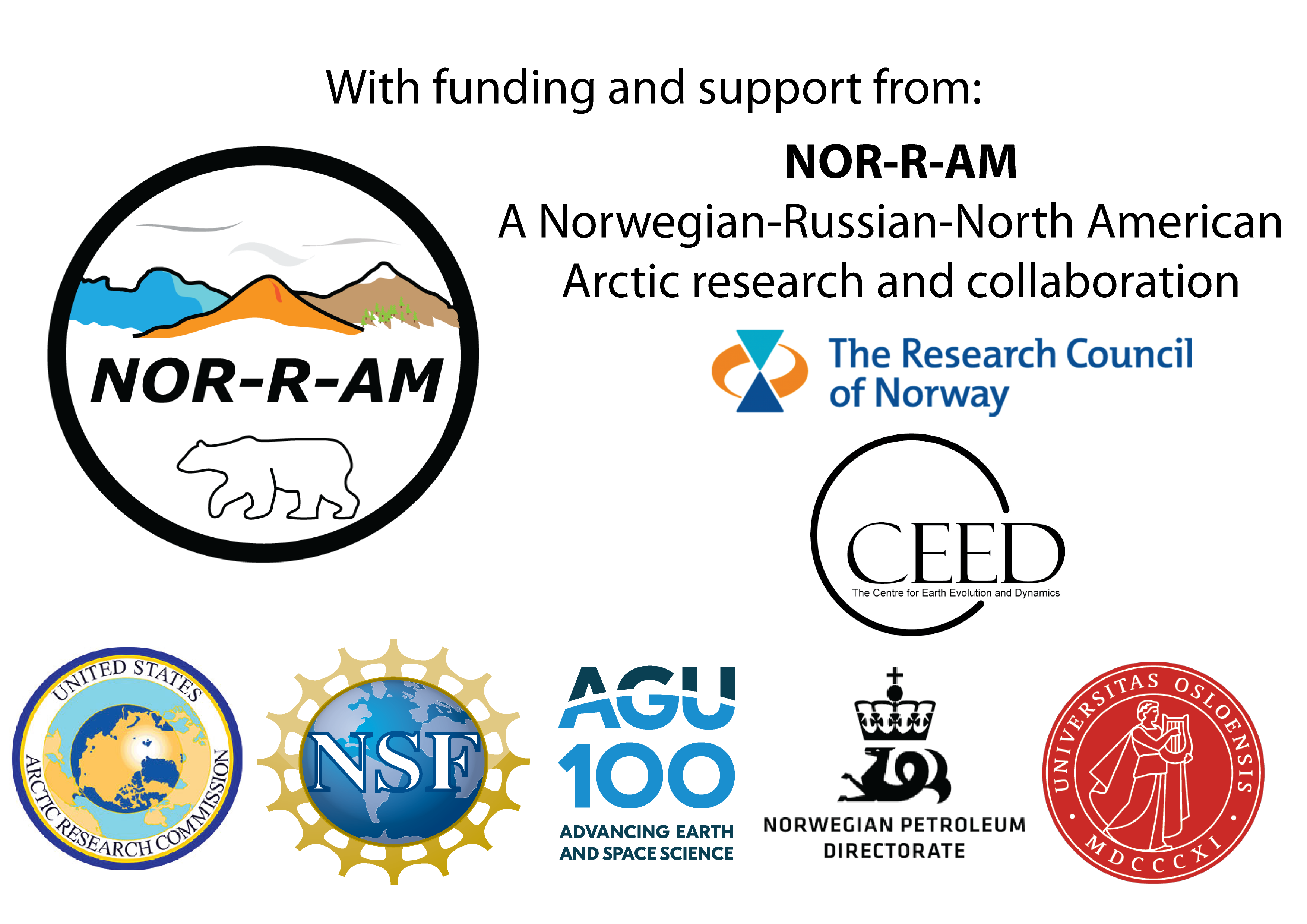 Funding for the conference included from the NOR-R-AM project (via the INTPART call of the Norwegian Research Council and DIKU), the U.S. Arctic Research Commission, the Norwegian Petroleum Directorate, and the National Science Foundation. A large part of the funding was used to subsidise early career attendees - which was a deliberate and important component of this meeting. Attendees were very diverse in background and affiliations; including those from the tectonics, geodynamics, numerical modelling, volcanology, geochemistry and geochronology communities and were from the U.S., Canada, Australia, China, Norway, Sweden, the U.K., Germany, Mexico, Denmark and Iceland. Attendees also represented government, industry and academia.

The talks and discussions aimed to address some of the outstanding regional questions, including the links between mantle heterogeneity and tectonic processes, the use of geochemical data in discriminating between alternative hypotheses, and the latest insights regarding the opening timing and kinematics of the Amerasia Basin.

However, one significant theme throughout the week revolved around whether a single, unifying definition of the High Arctic Large Igneous Province (HALIP) can be adequately constrained. The HALIP event broadly refers to widespread intrusive and extrusive volcanism found across the Canadian Arctic Islands, Svalbard, New Siberian Islands, the Barents Shelf and the Alpha Ridge. A key discussion point is that the various dates of this event range between 130-80 Ma. Is this really attributable to a single mantle-derived plume? Do the geochemical signals conflate or help extract the various hypotheses? What are the next steps that the community can take as a whole to collecting data and developing new methods to test this? To kick off the week, John Tarduno, one of the first to propose the HALIP event, gave the icebreaker introduction.

CEED out in force

The view from above

NOR-R-AM member and conference convenor Owen Anfinson (Sonoma State Uni.) brought along his drone and captured some spectacular scenery during the field trips (check out his @geologyfromabove Instagram account). During the mid week trip we travelled to the Western Rift Zone; Nesjavellir, Þingvellir, and Geysir. For those that stuck around for the post-conference trip the attendees went first to the South Iceland Seismic Zone (SISZ) on the Saturday and then to the Reykjanes Peninsula for the second day - and it was a wet and wild weather day indeed. Sadly, only the faintest of auroras was to be seen during the week. Some of the Twitter highlights can be found under #AGUChapmanArctic.

Below is a video compilation from the trip [or linked at https://youtu.be/pbe92g5jzPw ].

Chapman meetings were established to support small, topical meetings designed to permit in-depth exploration of specialized subjects in a manner not possible at large meetings. We would like to thank again the AGU office (including Heather, Judy, Amy and Lauren) for their fantastic support before and during the conference! A Special Issue with AGU is under development to follow up on the conference - so watch this space.