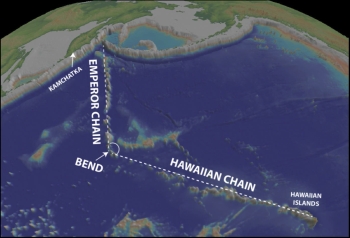 This is one of the big moments for a scientific centre of excellence. First of all, it delivers what is expected: breaking news about how the Earth works, how volcanoes are formed, and what is the connection between our planet’s deep interior and its surface; in other words it answers questions placed at the core of CEED’s mission. Equally important for this study resides in the fact that it is the young scientists, trained to carry the torch of outstanding science, who brought the big news! Out of the six authors, all from CEED, the first three are early career researchers (ECRs) who grew up scientifically with the center. Straight from the doctoral programme at University of Michigan (USA), Mat Domeier, the paper’s lead author, joined in 2012 the group who became CEED one year later. Grace Shephard, the second author, joined CEED in 2013, after completing a PhD at the University of Sydney, Australia. And Johannes Jakob, the third author, was one of the first PhD students recruited by CEED in 2013. He successfully defended his PhD in November 2016 and continues with CEED as a postdoctoral fellow. The three young scientists joined forces with senior researcher Pavel Doubrovine, with the CEED founding Director, Trond H. Torsvik, and with myself, building on a combined expertise in paleomagnetism, marine geophysics and geodynamics, to discover the culprit for the BEND in the Hawaiian-Emperor volcanic chain. And the verdict is the following: around 50 million years ago, a fatal collision between a stranded island-arc and continental Asia forced the Pacific plate to modify its northward trajectory by a counterclockwise rotation towards the northwest, and consequently, see how the volcanic islands produces by the Hawaiian hotspot “torch” follow the new trend.

The Domeier et al. Science Advances paper1 built on recent work published by Grace Shephard and co-authors just two months earlier in Scientific Reports2, a journal from the prestigious Nature family. Shephard assembled a CEED and University of Oxford team of Early Career Researchers only, to analyse the consistency of pattern occurrences in a dozen of global seismic tomography models. Coined “Vote Maps”, these composite models identify robust seismic velocity anomalies in Earth’s mantle, which invite for unveiling geological stories on their origin and fate. They have used these anomalies to peer into the deep Earth under Pacific and discover lost oceanic basins, showing that the Pacific Ocean was more complex than thought before.

In 2017 only, CEED published 13 papers in high-impact journals, five of them led by CEED Early Career Researchers (see link for a full list). Lead authors of Domeier et al. 2017 (Science Advances), Shephard et al. 2017 (Scientific Reports), and Jones et al. 2017 (Scientific Reports3) were also successful in raising research funds to pursue their own scientific dreams (Domeier and Jones are the recipients of Young and Talented Research grants from the Research Council of Norway in 2015 and 2016 respectively, whereas Shephard received a VISTA grant from the Academy of Science and Letters in 2016).

CEED is ready to start the second half of its scientific journey. Last week we’ve got news from the Research Council of Norway that the mid-term evaluation4 international committee found our centre of excellent quality, or in the committee’s words: “Overall, the scientific outputs are excellent and together represent a substantial body of creative, innovative, high-impact work.“ We started in 2013 with less than 30 scientists; by now we have more than doubled our staff, but most importantly, we have a number of very enthusiastic and talented young researchers trained in CEED’s spirit who will successfully carry the torch further, as they brilliantly already demonstrated.

References to articles and key documents: