Approximate equatorial section through the Earth with mantle flow.  The margins of the two antipodal Large Low Shear-Velocity Provinces (LLSVPs) under Africa and the Pacific are favourable locations for the episodic initiation of large thermal upwellings (mantle plumes). The LLSVPs consist of dense and hot material and are stabilized by the Earth's rotation. Dark and light green lithosphere is continental and oceanic, respectively. The main mantle circulation is shown by sinking regions of Mesozoic to present subduction (a broad belt through South- and North America, the North pole, the eastern half of Asia, Australia and the and the South pole). Counterflow of hot, ascending mantle occurs above the LLSVPs. 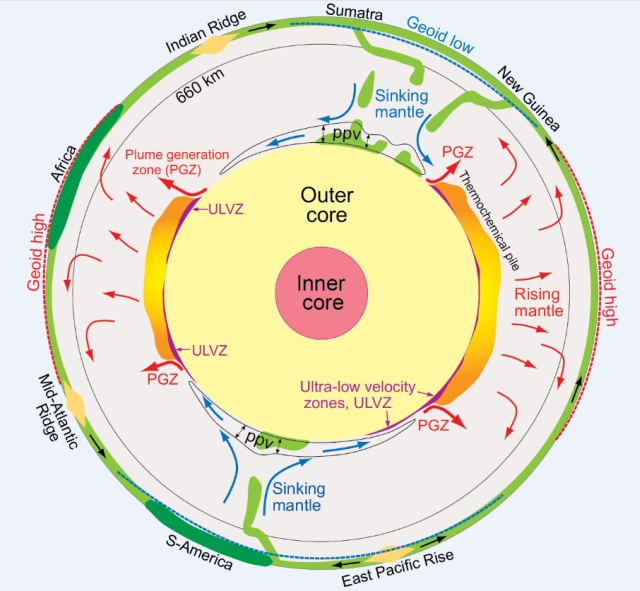