The Earth has faced several periods with high concentration of greenhouse gases in the atmosphere throughout the geological history. These periods coincide in time with the development of Large igneous provinces (LIPs). CEED wants to explore the role of voluminous intrusive and extrusive volcanism on rapid global climate changes and mass extinctions.

Hills with sill intrusions in the western parts of the Karoo Basin, South Africa. The sills were emplaced in a thick sequence of black shale and this led to methane generation. Photo: H. Svensen.

Understanding ancient episodes of global warming and mass extinctions may provide important insight into the consequences of on-going global warming and decreasing biodiversity. The geological record shows that abrupt changes in the atmospheric concentration of greenhouse gases have occurred repeatedly throughout Earth’s history. Many of these episodes of major climatic and environmental perturbations correlate with LIPs. It is likely that there is a causal relationship between LIPs and global environmental changes, but defining the exact relationship is a major scientific challenge.

The Earth Crises mission is to explore and test the scientific breakthroughs and ideas developed by CEED scientists and others in the past decade, and to bridge the gap between the geological processes (mantle and lithosphere) and environmental perturbations. We will focus on developing and testing new hypotheses on how volcanic processes may have caused global stratigraphic boundary events.

The suggested causes and triggers of past global warming events and extinctions the last 260 million years include 1) gas hydrate and permafrost dissociation, 2) lava degassing, 3) impacts, and 4) degassing following contact metamorphism in sedimentary basins. In addition to the impact scenario for the Cretaceous-Palaeogene boundary, there are two prevailing schools of thought to explain mass extinctions:

A. Extinctions were a side-effect of severe global warming (too high CO2 levels in the atmosphere, reduced O2, and decreasing oceanic pH, oceanic anoxia and circulation changes).

B. Extinctions were due to pollution or poisoning by specific compounds (e.g. SO2, HCl, H2S, halocarbons, organic compounds).

Studies of present-day gas hydrate reservoirs question whether the global reservoir is sufficiently large to cause global warming, and the gas hydrate model does not explain why major climatic events are correlated in time with LIPs. Moreover, the role of LIP lava degassing has been downplayed, due to the long duration (>500 000 years) of lava emplacement and the heavy carbon isotopic composition of magmatic CO2.

The idea of a causal link between LIPs and abrupt climate changes was re-vitalized in 2004 when degassing from volcanic basins was tied to the Paleocene Eocene Thermal Maximum (PETM; Svensen et al., 2004). It was suggested that the PETM was triggered by rapid formation and transport of greenhouse gases from  metamorphic aureoles around igneous intrusions in the NE Atlantic.

The hypothesis provides a new approach to understanding the relationship between LIPs and global environmental changes, and provides geological constraints on the amount of carbon released and its isotopic composition. A key factor in this hypothesis is the magma emplacement environment — Poisonous gases may also have formed if the magma intrudes sulphur or chloride-rich sediments (e.g. gypsum, anhydrite, halite). In essence, the thermogenic gas hypothesis can explain both global warming (carbon cycle perturbations) and extinction mechanisms (release of environmentally sensitive gases like halocarbons, H2S, SO2, HCl from sedimentary reservoirs).

CEED aims to initiate research bridging the gap between geological processes, proxy data, and the consequences of past environmental crises. We want to focus on parameters such as magma emplacement environment, magma fluxes, age and duration of LIPs and the associated boundary events. e will explore how changes in the volcanic eruption rates, emplacement environment, and metamorphic processes can be correlated with high-resolution changes in the proxy data (e.g. C/O/Sr isotope curves and extinction horizons). CEED will focus on events with well-established links between LIPs and environmental changes, but also explore why some LIPs apparently are not associated with boundary events.

We aim to work on theses including: 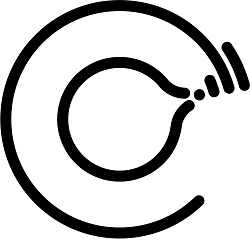