Paleomagnetism is the discipline of geophysics that studies the history of the Earth's magnetic field through measurements of remanent magnetism preserved in rocks. Paleomagnetism heavily relies on the developments in rock magnetism, which investigates magnetic properties of rocks and processes of magnetic remanence acquisition. Paleomagnetic data allow us to estimate the direction, strength and polarity of the main magnetic field generated in the liquid core of the Earth, as it changes over geologic time. This record provides information on the past behavior of the field and is primarily used to constrain the paleogeography, plate motions and polar wandering in the remote geologic past.

Global paleomagnetic data can be summarized by paths of apparent polar wander (APWP) that track motions of lithospheric plates relative to the Earth's geographic pole. The top panel shows the apparent motion of the south pole relative to Africa for the entire Phanerozoic (0-540 Ma) based on global paleomagnetic compilation of Torsvik et al. (2012). The bottom panel illustrates the paleogeographic reconstruction of the supercontinent Pangea at 250 Ma. The absolute latitude and orientation of Pangea are constrained by rotating the entire supercontinent assemblage so that the 250 Ma paleomagnetic pole (highlighted in the top panel) falls exactly onto the south pole. (Figure: Pavel V. Doubrovine, CEED)

The research conducted by the Earth Laboratory group at CEED is focused on collecting and analyzing paleomagnetic data that can be used for testing and refining paleogeographic reconstructions, and on exploring fundamental questions linking the generation of geomagnetic field within the Earth's core with magnetic anomalies at the surface. A special emphasis is given to conducting targeted paleomagnetic studies of the areas and time intervals where data coverage is sparse or lacking, and expanding the paleomagnetic data base from large igneous provinces.

With support from the Norwegian Research Council, and in partnership with the University of Bergen, NTNU, and the Geological Survey of Norway, CEED, UiO hosts a national research infrastructure for geomagnetism, paleomagnetism and rock magnetism – the Ivar Giæver Geomagnetic Laboratory (IGGL).

The Ivar Giæver Geomagnetic Laboratory serves primarily to the paleomagnetic and rock magnetic community, and also to the environmental and material scientists, by providing access to state-of-the-art instruments, scientific expertise, and technical assistance.

6.2: Linking paleogeographic reconstructions and mantle reference frames through the analysis of true polar wander – the rotation of the entire solid Earth relative to its spin axis

6.5: Serving as a research infrastructure for the geomagnetic, paleomagnetic and rock magnetic community in Norway and abroad 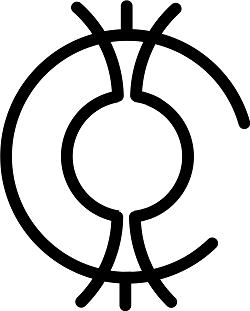