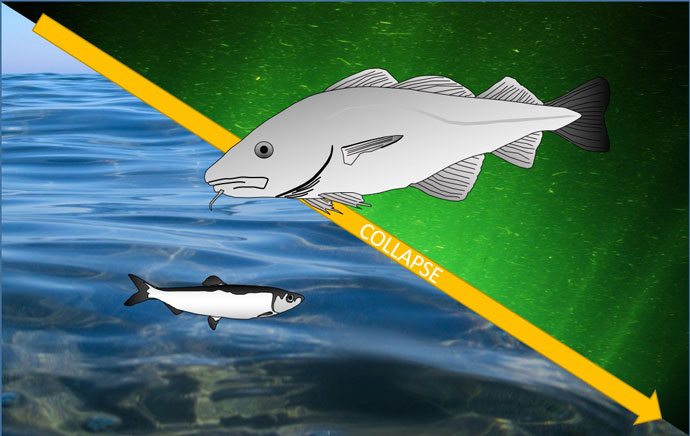 Figure 1. Cod and herring are two species heavily harvested that led to the collapse of their stock. Follow up management has led to stock recovery.

The Norwegian Spring Spawning herring (Clupea harengus) and the Northeast Arctic cod (Gadus morhua) are examples of how the overexploitation of marine fish population is leading to a strong reduction in the stock or even a stock collapse, with a strong decline in the associated fisheries, sometime followed by a recovery. Cod and herring are both part of the Barents Sea ecosystem (Fig. 2), which experienced major warming events in the early (1920-1940) and late (1975-ongoing) 20th century. While it seems that the collapse and nearly collapse of these stocks is linked to instability created by overfishing and climate, the difference of population dynamics before and after is not fully understood.

The fish population is affected by the variation of many factors that are production of young (recruitment), fishing mortality, natural mortality (predation)… These effects are conveniently integrated by the properties of the population's transition matrix (e.g., Leslie matrix) and affect the population growth. In a recent study (Durant et al. 2021) we used the matrices as a mathematical mean to reduce the complexity of age-structured population dynamics and calculated their dominant eigenvalue (λ1) as a convenient way to summarize the year-specific information contained in them.

In our paper, we then examined how the annual population abundance can be affected differently by the age structure, the fishing mortality, the sea temperature and/or interacting species before and after a collapse for the cod and the herring. We found that the population collapse may lead to both altered response to abiotic environmental variations as well as altered trophic interactions (Fig. 3). While the stocks regain a similar abundance level than before the collapse, the system seems to be quite different in its functioning and may require different management actions.

A too strong fishing pressure can result in stock collapse. While ad hoc management have been successful in reducing the fishing pressure it didn’t always led to the reconstruction of the stock and even less of the ecosystem that was affected by the near demise of the fish stock. This can be due to the change in the stock structure, fishing taking older fish. Such stocks, made up of younger fish, are more sensitive to climate change than the original ones. In our study, we show that in addition, a stock collapse is changing how the species are responding to other species (been prey or predator) and may also affect how the ecosystem, as a whole, is functioning and is responding to stressors such as climate change and human activities.