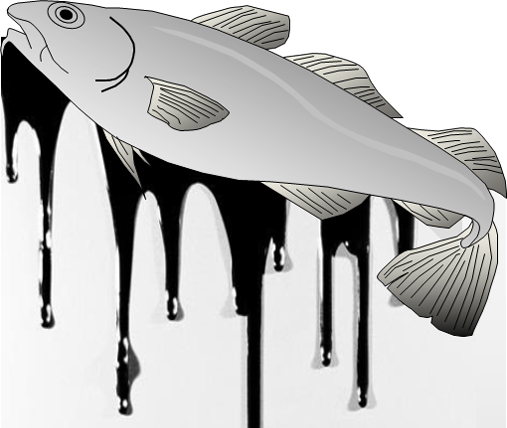 Norway is both rich in undersea oil and fish resources. Unfortunately the spawning ground of the worlds biggest stock of cod Gadus morhua is located in the Lofoten area where oil is likely to be present. This situation create an animate debate in the Norwegian society for understandable reasons, but what do we really know about oil effect on younger stages? 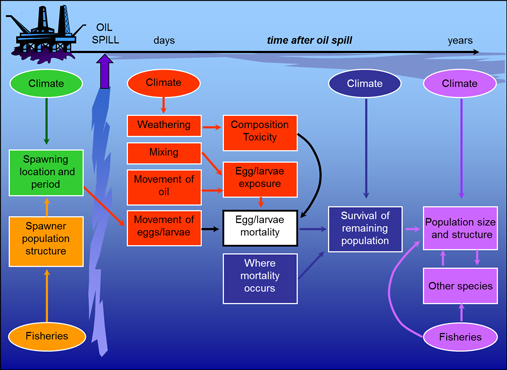 Figure 2. Knowledge and questions relative to the long-term effects of oil accidents on the pelagic ecosystem of the Norwegian and Barents Sea. To address this question, knowledge in physical oceanography, ecological and statistical-modelling expertise is essential (see post).

“Although fish eggs and larvae my suffer mortality through oil spills, there are few reported cases in which oil spills have conclusively had a significant impact on fish stocks.” It is by this sentence that Hjermann et al. (2007) started their review on the effect of oil spills on fish population.

Since 2006, several research projects (e.g. LEO, Oil-Plank, SVIM, Symbioses) have been financed to study the effect of oil spills on fish population. One of the main hypotheses was that biological and oceanographic factors, such as stock condition and ocean currents, determine how oil spill may affect mortality of pelagic fish eggs and larvae. Oil-spills are not likely to affect older life-stages as these are active swimmers and will usually avoid the contaminated area.

The only decisions in the fins of a fish are the time and place of spawning and intensity of spawning as well as the density of the eggs. These factors will to a large extent influence the drift trajectories of the eggs and larvae and hence their location at a later stage. This simple fact called for spatially explicit studies such as statistical analyses of spatio-temporal observation data. Hidalgo et al (2012) examined the relative contribution of inter-annual variability in spawner distribution, advection by ocean currents, hydrography and climate in modifying observed distribution patterns of cod larvae in the Lofoten–Barents Sea.

To do so they used a particle-tracking model (a model predicting the trajectories of drifting particles using the laws of physics to estimate the currents speed and direction; see post). By integrating predictions of particle drift from the model into a spatially explicit statistical analysis, the effects of advection and the timing and locations of spawning was accounted for. In their study, Hidalgo et al. showed that the location of spawning is influential on the distribution of the larvae in the Barents Sea. Knowing that the larvae are likely to experience variable survival depending on where they are in the Barents Sea (Ciannelli et al. 2007) these results may have important implication on the stock dynamics and impact of oil-spills on them.

Using this methodological approach combining numerical and statistical modelling to draw robust inferences from observed distributions it was then possible to address the following questions:

that are of general interest for studies of many marine fish species. More to come on this topic so stay tuned in.