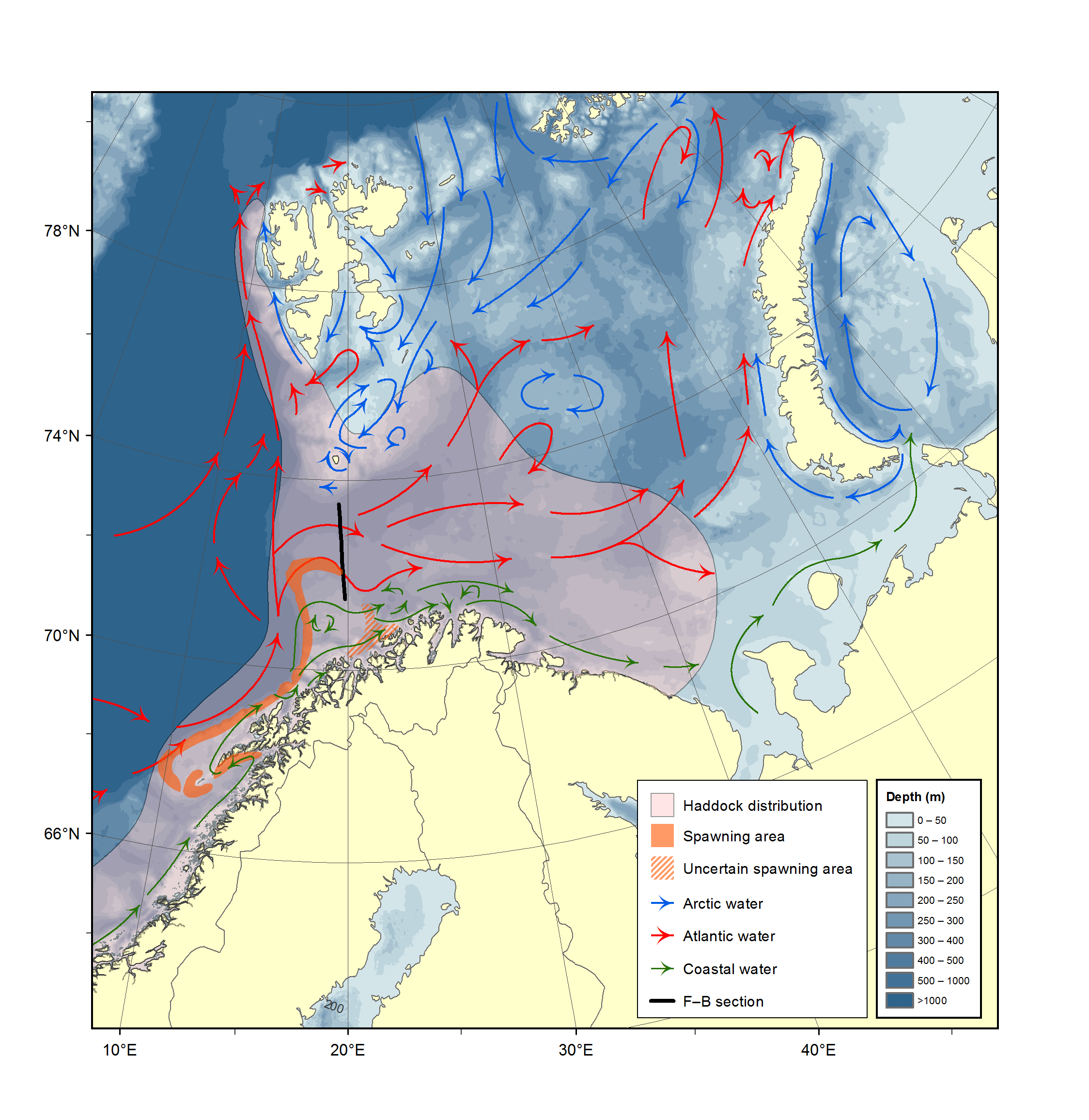 In the Barents Sea the cod (Gadus morhua) and haddock (Melanogrammus aeglefinus) stocks are near the northern temperature boundary of their species’ overall habitat range and are thus expected to be particularly responsive to temperature changes. In recent, relatively warm years, the spatial distribution of the Barents Sea stock of cod has extended further north (to 82° 30N) and east (to 79° 30E) than ever observed before. 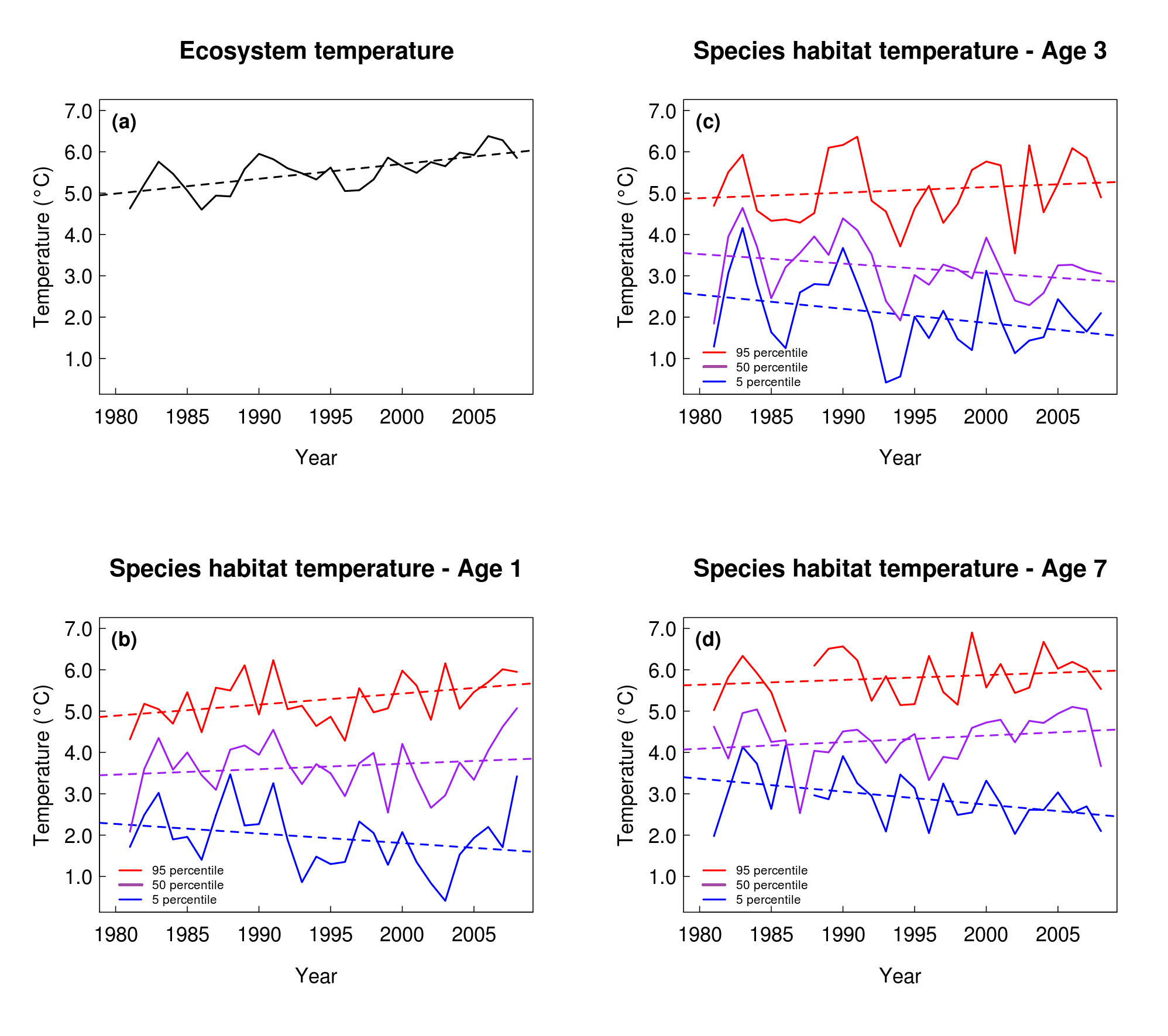 A combination of continued increasing abundance of NEA haddock and increasing ecosystem temperature are likely to result in further north-eastwards distribution shifts. However, a major difference in the poleward shift of fish species must be emphasized. While pelagic species such as

mackerel, blue whiting, herring and capelin have the potential to take benefit from a potential increased zooplankton production in the polar basin under future climate change, the habitats of the demersal fish species are constrained by the continental shelves and they will, consequently, not be able to expand their habitat poleward beyond the shelf break. A further migration of demersal species like haddock or cod is, thus, limited to an eastward expansion along the Siberian shelf.