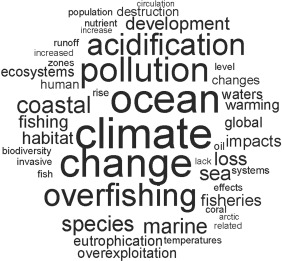 Figure 1. Commonality cloud. The size of the individual categories indicates their relative frequency, i.e. how frequently items were mentioned by all respondents in the survey

The authors asked scientists which five topics represent the greatest global threats or potential impacts in marine environments. For this the authors artificially divided the scientific world in two: Natural Science and Social Science. They received a total of 45 responses (over 352 sent) from social scientists and 126 responses from natural scientists (over 779 sent). The response rate was then around 13 to 16 %. The respondents listed “overfishing” (80.1%), “elevated temperature” (69.0%), contamination and waste” (50.3%), and “ocean acidification” (49.7%) as major threats impacting marine environments. These results indicate that a broad consensus exists among marine scientists, be they from the social or the natural sciences. The consensus is also visualized as a ‘commonality cloud’ (Fig. 3), highlighting the replies that were most often mentioned by the academics in the survey.

While the analysis demonstrates that marine scientists across disciplines are largely in agreement on some common features of global marine change, it also highlights where natural and social scientists diverge in their assessment. The differences are captured in a ‘comparison cloud’ (Fig. 2) which highlights the differences between the two disciplines.

Comparing the replies of natural and social scientists shows some apparent differences in focus. The largest discrepancies were in replies that list “bad governance”, mostly by social scientists, and “invasive species”, mostly by natural scientists. From this comparison it seems valid to conclude that social scientists more often highlight phenomena that cause the deterioration of marine environments. The article ends discussing what these findings imply for further improvement of interdisciplinary marine science.
They conclude that an important step needed to move towards an interdisciplinary marine science with the aim to help mitigate and/or adapt to the impact of global change is to become aware of the contours of consensus and shared understanding, and where this consensus disintegrates. Such knowledge is necessary to reach a certain level of tolerance and mutual understanding needed for interdisciplinary marine science to progress

Over the years we have been part of many interdisciplinary projects. I wrote on the subject in many posts  (here and here). At CEES we are leading several international projects where the core is interdisciplinarity (NorMER, GreenMAR, SUSTAIN and MARmaED to name only three). Some of them associating natural and social scientists. More than the disciplinary boundaries exemplified by the authors, what strikes me is the importance of the human relations. By experience, the highest success in collaborative work was not reached because the scientists involved were highly competent in their field but because they were genuinely interested and wanted to share and learn from others. In other words, interdisciplinarity work requires enthusiasm and curiosity, qualities not so rare among scientists.