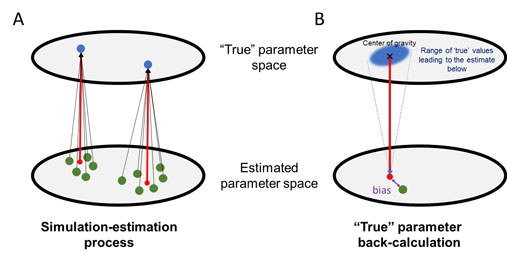 Management decisions related to living resources are often based on statistical models. Such models are merely a simplified representation of reality, but they can be very helpful in providing important estimates needed for management. However, the estimated parameters are often prone to bias, that is, the parameters may not be accurately estimated on average. It is therefore important for decision makers to understand the full extent of bias associated with their parameter of interest but also set an acceptable level of risk they are ready to take. Ignoring such considerations may not only lead to spurious management decisions, but may also result in unwanted population responses. In a recent paper published in Nature communications (Ono et al. 2019), we developed a novel method that can be used to correct for potential bias in population models parameter estimates and back-calculate the correct levels of risk associated with the study system. The method is based on a combination of simulation-estimation method with a “true” parameters back-calculation step (Figure 1).

Furthermore, we applied the method to a large population dataset (627 time series of population abundances from the Global Population Dynamics Database) using the Gompertz population model as an example. We found that species with a high growth rate, population variability, weak density dependence and short time series had a higher risk of a biased population status than that obtained by pure model fit to data. Such bias may lead the managers to make non-optimal decisions by underestimating the true risk level associated with the study system. Based on these results, we believe that our method can be used across taxa to help decision makers to take a more appropriate decisions based on a more accurate estimate of risk and may contribute towards improved management of living resources.