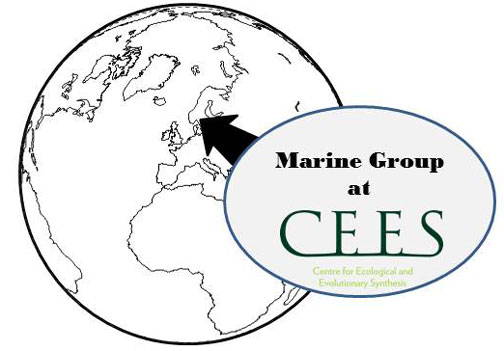 Figure 1. The Marine Group at CEES is bringing together Scientists from various disciplines, all working on Marine related topics.

Even before the start of CEES in 2007, we have organized ourselves in an interdependent group around the general topic of marine issues. The main reason I had to start the group was that I was curious about what was happening in the centre. In 2005, the only intern communication channel was the Friday seminar where scientists from the Stenseth research group presented their work. However this Friday seminar was not filling my expectations. First, people were presenting finished (often published) work and the group becoming bigger and bigger the presentations were more often than not in topics far from my own research interest. Second, we learn of research already finished. Indeed, I once learned that a scientist had just finished a paper on a topic I was starting to explore.

Since the start of the marine group in 2005, we have held 76 presentations with a meeting grossly monthly. Some of these presentations were finished job but most of the time they were not. Of course, the oral presentations, remaining on a voluntary basis, are heavily biased toward some dynamic researchers.

“To have a game we need players”

This remains the biggest challenge of such activity. The leader needs to motivate people to participate. Over the years, I have tried several options:

- A meeting every second week: this was well too frequent for the size of our group.

- A meeting when required with several presentations each time. This worked well but, after some time, I had to hunt for presentations before finding a time fitting everybody.

- A meeting per month. This was about the right frequency for the size of our group with often several presentations per meeting (1-3). It worked well for several years but was very dependent on last minute presentations. A big job was here again to find a free time in the calendar of everybody.

- A meeting at a fix date per month. With this solution, I tried to limit the issue of the heavily busy scheduled people. This also had the advantage to book the time of the meeting well in advance in the calendar. However, the meeting remained very sensitive to last minute presentations and lead more than once to a cancelation (often with priority given to other activity than the group meeting) which with one meeting a month can be very disruptive.

- Same as before but register presentation well in advance. With this solution, I tried to remove the cancelation problem. Of course, this is making the meeting less spontaneous and removes one interest of the meeting that is presenting on-going research. However, there is always place to a bonus presentation if needed which may alleviate this problem.

To sum up, it is difficult to find an ideal receipt for the perfect group meeting. Being a voluntary basis meeting, our Marine Group meeting is confronted to an intense competition to the other in-house activities (laboratory meeting, administration meeting, official seminars …) or simple work that are always prioritized.

Knowing our research, collaborating internally has a strong positive effect in our fund raising activity. The people of the Marine Group are nearly all financed though soft money and spend a considerable amount of their time writing applications.

For example, in 2011 we joined force to develop a project targeted to Nordforsk. This project, NorMER, is certainly one of the biggest success of the Marine Group. Of course we were not alone writing the application, but the strong cohesion of the group made it happen. Out of NorMER were educated (2 of them are finishing) 16 PhD students that are now pursuing their career as post-doc.

The cohesion of the group is an essential part of a well-functioning group. Indeed, most of the new ideas are coming out of informal discussions occurring during the mingling time of conferences. One could say that conferences are showing a snap shot of the past when the mingling is preparing for the future. Well, our Marine Group had to have its mingling activities too:

- The marine lunch. We all have to eat at some point. We used this opportunity to meet every week. In opposite to the marine meeting, people are always showing for this activity. Does it mean that the future is well prepared?

- The PhD-researcher lunch. This activity is close to my heart. I remember that long time ago, when I was a PhD student, my biggest frustration was that I only rarely discussed science with full-fledged researchers. There was an invisible barrier. It is indeed a big challenge for a young student to go to an apparently overly busy middle age researcher to ask him/her what he/she is doing. To break this barrier and help the PhDs and researchers to know each other (not only on at a supervisor-student level), I suggested for us to meet at lunch and simply tell each other, all at the same level, what we did during the week, which problems we have encountered. With such low-threshold arena, people can take up small or big problems and keep one another updated on what is going on. It is however difficult to find a good format for these lunches where people don't feel too strong pressure to report and account for what has (or has not) been done. It can be very soon quite uninformative with researchers reporting week after week on applications and reports writing at a risk of scaring the PhD students.

To build a group and maintain its cohesion is a challenge and requires a lot of time. I think that we succeed at CEES. Many good projects were coming out of our group. Many researchers now hired at other universities are remembering our group with nostalgia. We have good scientific success with for example the theme section published some years ago in Marine Ecological Progress Series (see post).

This year again (2016) we are involved in many applications that are under consideration (4 projects to RCN, 1 EU application for Horizon 2020, 1 application to NordForsk for a Nordic Centre of Excellence)  and several members of our group are considering to submit a project to the European Research Council.