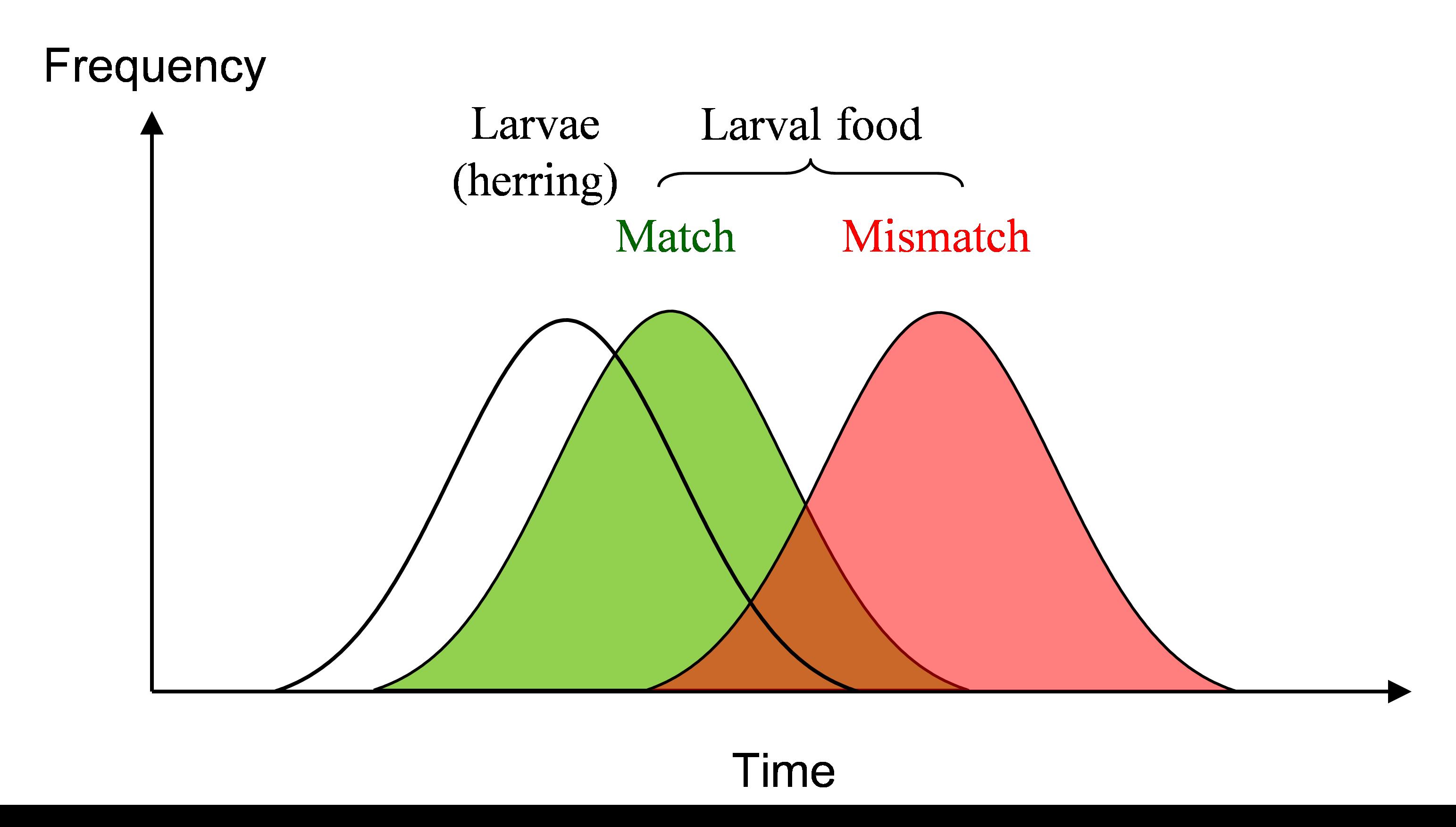 Figure 1. The food interaction between two species (a predator and its prey) explained by the match-mismatch hypothesis. A high match is represented by a temporal overlap of the predator and its prey the first could then eat the second. An increase of the time-lag between the two populations leads to a low match. Adapted from Cushing (1990).

The importance to be on time

Coming at a dinner too late is taking the risk of not having any food left to eat, while coming too early may let you wait in hunger. While this is usually not a problem for adults, for young ones it can be a question of life or death. In his match-mismatch hypothesis, Cushing, by further developing Johan Hjort's work, suggested that the survival of the young fish is a question of timing synchrony between when they are produced and when their prey are available. The match-mismatch hypothesis then focuses on the relation between the predator's phenology - the timing of seasonal activities such as breeding – and that of the species they prey upon; their principal food. Originally, the hypothesis is that if the most food-limited stage of predator development occurs at the same time as the peak availability of prey, recruitment will be high. In contrast, if there is a mismatch between food requirement and prey availability, predator survival and recruitment are likely to be low (see Durant et al. 2007). 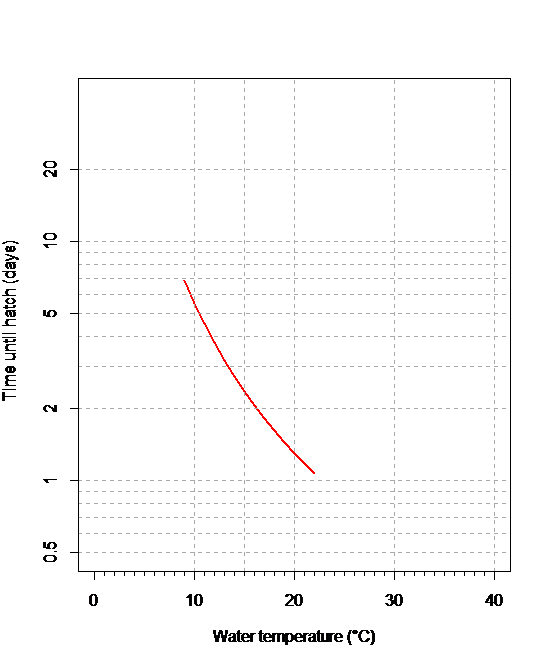 Figure 2. Time until egg hatch (days) versus water temperature (°C) for northern anchovy (Engraulis mordax). Higher is the temperature faster is the development of the egg and earlier it is hatching.

The reality of a global warming is now well accepted. Less known are its effects on organisms. It is now well documented that the increase of temperature will change the timing of reproduction in many species, albeit at different rate. This has been shown for many species of birds, plants and fish… For example the above figure, adapted from Peck et al in 2012, which clearly shows that  an increase of the temperature will lead to an earlier hatching of anchovy eggs and therefore an earlier need for food.

This has the effect that certain species that were reproducing at the right time (sensu match-mismatch) meaning that their young were getting the necessary food for their development hence a match situation, may not do so anymore (mismatch situation). 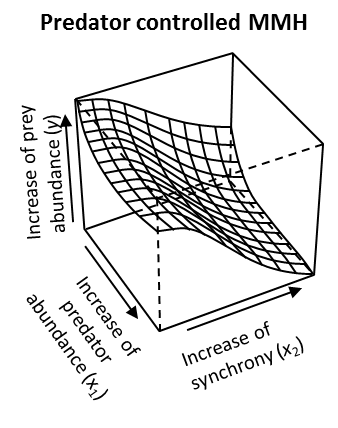 Figure 3. Working hypothesis (Predator-controlled match-mismatch hypothesis MMH): effect on the prey reproduction (y) of the changes in number of predator (x1) and in degree of synchrony between the prey and its predator (x2).

In a recent paper (see ref below) we have decided to focus on the prey of a match-mismatch relationship. In classical ecosystem, the number of predators present is depending on the number of prey available by what we term a bottom-up control (prey-controlled). This is the premise of the match-mismatch hypothesis. However, in certain ecosystems, the number of predators is affecting the number of prey, which we call a top-down control (predator-controlled). In such systems, a synchrony between predator and prey will mean that the prey suffer more from predator predation. In other words, if the trophic interactions between predators and prey are symmetric, a high degree of match between the two implies negative effects on prey and positive effects on the predator.  In this case, we would expect prey populations to be selected for a timing of their spawning/reproduction that minimizes exposure of the resulting young to predators, while the predators have an opposing selection pressure. In some cases, timing of reproduction may be locked in by environmental factors such as day length and is thus fixed inter-annually, as suggested for the fish spawning time. One can also envision cases where bottom-up and top-down forces vary between years or seasons, e.g. due to time lags between predation events and the numerical response of predators.

In the paper we systematically look whether the match-mismatch can be applied in different marine systems characterized by bottom-up or top-down control, or both. We found that in predator-controlled systems the match-mismatch hypothesis can be applied, and that an decrease of synchrony (for example following a temperature change will be beneficial for the prey. For climate change effect, one looks at either the half empty or the half full glass.

Both the theoretical arguments and empirical analyses of our paper extend the discussion of the match-mismatch hypothesis and of predator control of lower trophic levels by upper trophic levels. The models also have the ability to separate within-season temporal shifts of trophic synchrony from an annual component linked to total predator/prey abundance. In our view, this improves our ability to predict the negative effects of predation in a changing environment.