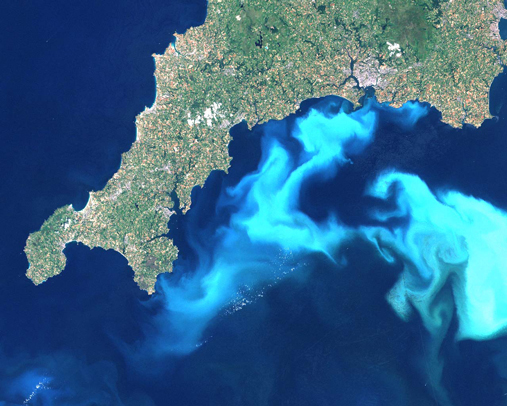 Being unicellular, fast growing, and short lived, phytoplankton respond rapidly to external ambient drivers and environmental change (e.g., temperature, light, and wind speed…). Indeed, phytoplankton growth depends on temperature and the availability of nutrients and light. Most of the nutrient supply to the surface ocean comes from the mixing with deeper nutrient-rich waters. While climate change leads to a global and general warming, the effects of these environmental drivers on ocean productivity vary among regions. Given the possibly complex relationships between different environmental factors and ocean chlorophyll in different regions, it is a challenge to outline the general correlation patterns between them on a global scale.

Feng et al.’s  analyses suggested that there are contrasting correlations between environmental factors and ocean chlorophyll in high and low latitudes. Given that the expected global warming and shallower upper mixed-layer depths will probably lead to increased nutrient limitation, a decline in marine phytoplankton is expected in low-latitude oceans. In high temperate oceans, chlorophyll was best explained by bell-shaped or negative functions of sea surface temperature and solar radiation. The future levels of phytoplankton biomass in these regions are more difficult to predict because of the counteracting effects of these two dominant environmental variables.

Not surprisingly, their analysis indicates that environmental change might affect upper ocean chlorophyll levels differently in different ocean regions. The challenge is to continue to improve our understanding of the mechanistic basis of climate forcing on the marine phytoplankton and so allow us to project what might happen under future climate change scenarios.