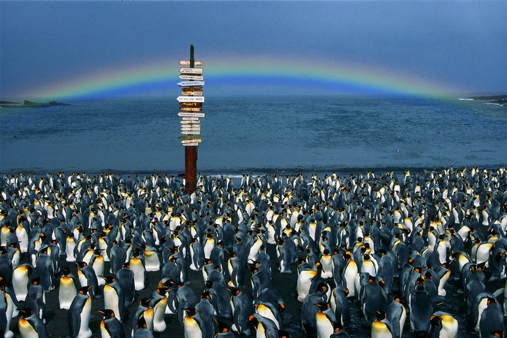 Individual marking is essential to study the life-history traits of animals and to track them in all kinds of ecological, behavioural or physiological studies. For most bird species, monitoring is possible by means of ringing, a method by which observers are able to read an individual identification number on a leg ring, either at distance using binoculars or a telescope, or by recapturing birds. However, due to anatomical peculiarities of their leg joint, penguins cannot be banded with traditional leg rings and an alternative method (flipper bands) have been widely used.

On the effect of flipper bandings.

There is now detailed evidence that flipper banding has a detrimental impact on penguins. It can severely injure flipper tissues, and the drag effect of their flipper bands results in a higher energy expenditure when birds are moving through the water (see Le Maho et al. 2011). It also results in lower efficiency in foraging, since they require longer foraging trips, as well as in lower survival and lower breeding success. Saraux et al. (2011) show that banding of free-ranging king penguins (Aptenodytes patagonicus) impairs both survival and reproduction, ultimately affecting population growth rate. They show that only long-term investigations may allow an evaluation of the impact of flipper bands and that every major life-history trait can be affected, calling into question the banding schemes still going on. In addition, our understanding of the effects of climate change on marine ecosystems based on flipper-band data should be reconsidered. There was a need of alternative methods. 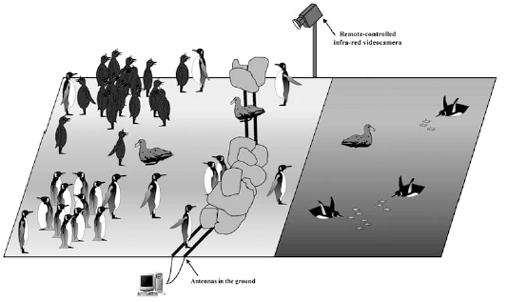 Figure 3. The system ANTAVIA to monitor penguins going in and out of the colony

King penguins from a breeding colony on Possession Island are monitored since March 1998 using automatic identification based on radio-frequency identification (RFID). The colony at the ‘Baie du Marin’ comprises about 25,000 breeding pairs of King Penguins. An area comprising some 10,000 pairs is connected to the sea by three pathways. Two 8-m long antennas separated by 1 m allowing detection of RFID transponder tags were buried permanently on each pathway and connected to a computerized reading system which collected the data. Since this period thousands of penguins are automatically monitored creating an unique system. The data are now available to conduct studies on non.-banded penguins then on data unbiased by flipper bands effects. Here two examples: 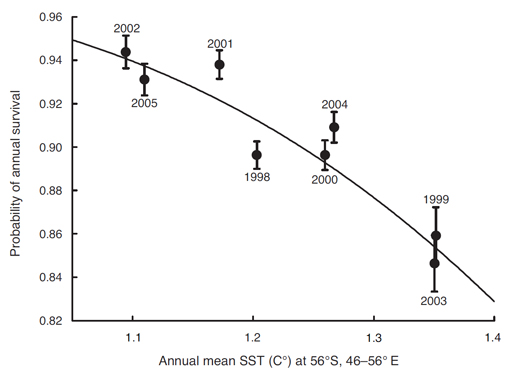 Predicting the impact of future climate changes on populations and biodiversity is a central issue in the context of global climate warming. Knowledge on the impact of climate changes on penguins was essentially based on Antarctic birds identified using flipper bands. In 2008, Le Bohec et al., using the ANTAVIA system, studied the effect of climate on survival and breeding on king penguins of Crozet. They showed that warm events affect negatively both breeding success and adult survival of this seabird. Since the population growth rate of long-lived species is very sensitive to even small changes in adult survival this study raised concern about the conservation of this species. 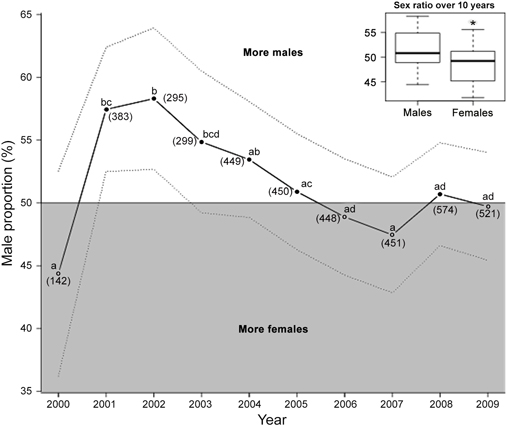 Reproductive value of males and females should be equal but adult biased sex ratios were likely to occur in natural condition when cost of producing male and female offspring were different. In this paper the authors investigate sex-ratio variability in a wild seabird population of king penguins where male-biased adult sex ratio have been suggested. Célia Bordier et al (2014) used the ANTAVIA system to investigate the annual sex ratio at fledging. They found that the fledging sex ratio was slightly male biased as already observed for other colonies.

Many studies were published using this system and many more are to be expected in all aspect of the penguins biology.

Climate change is clearly having negative impacts on some penguin populations and developing reliable forecasts requires such unbiased estimates of the relationships between climatic variables and penguin demography as provided by RFID. While there is now no doubt about the superiority of the RFID over the flipper band there are always good reasons why we need to think more carefully about some present practices in field investigations and remain watchful.