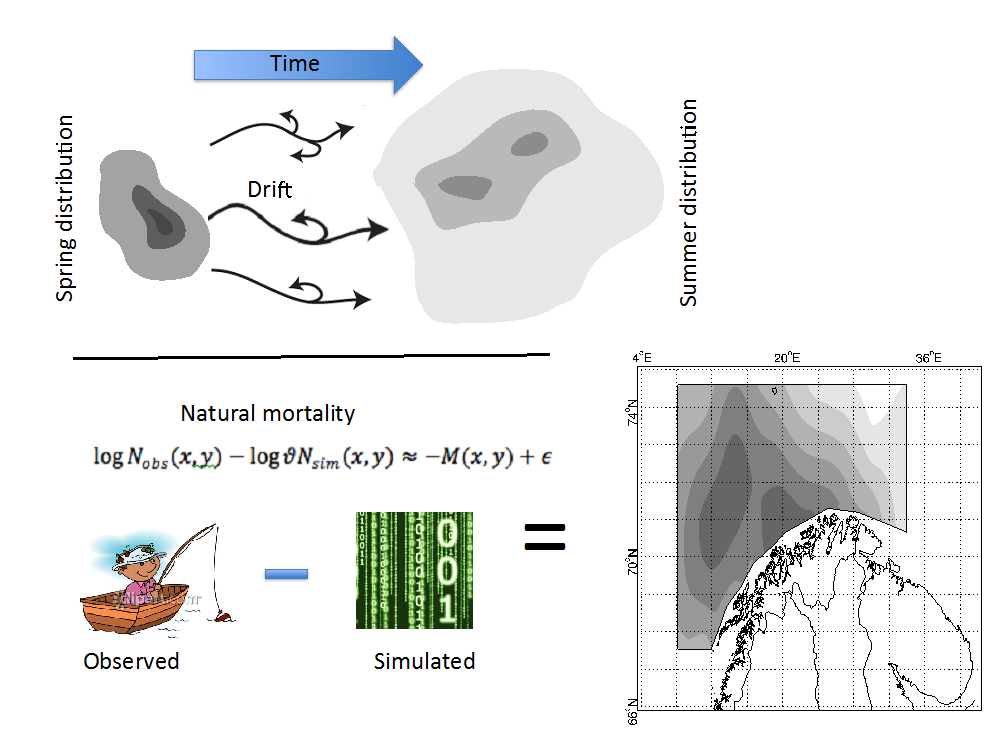 We develop a method that relies on survey data and particle-drift models to estimating the spatial variability in mortality of eggs and larvae. The method was used to estimate the spatially resolved mortality field in the egg and larval stages of Barents Sea cod (Gadus morhua). We analyzed data from the Barents Sea for the period between 1959 and 1993 when there are two surveys available: a spring and a summer survey. An individual-based physical-–biological particle-drift model, tailored to the egg and larval stages of Barents Sea cod, was used to predict the drift trajectories from the observed stage-specific distributions in spring to the time of observation in the summer, a drift time of approximately 45 days. We interpreted the spatial patterns in the differences between the predicted and observed abundance distributions in summer as reflecting the spatial patterns in mortality over the drift period. We suggest that there may be trade-offs between increased early survival in off shore regions and reduced probability of ending up in the favorable nursing grounds in the Barents Sea. In addition, we show that accounting for the estimated mortality field, improves the correlation between a simulated recruitment index and observation-based indices of juvenile abundance.