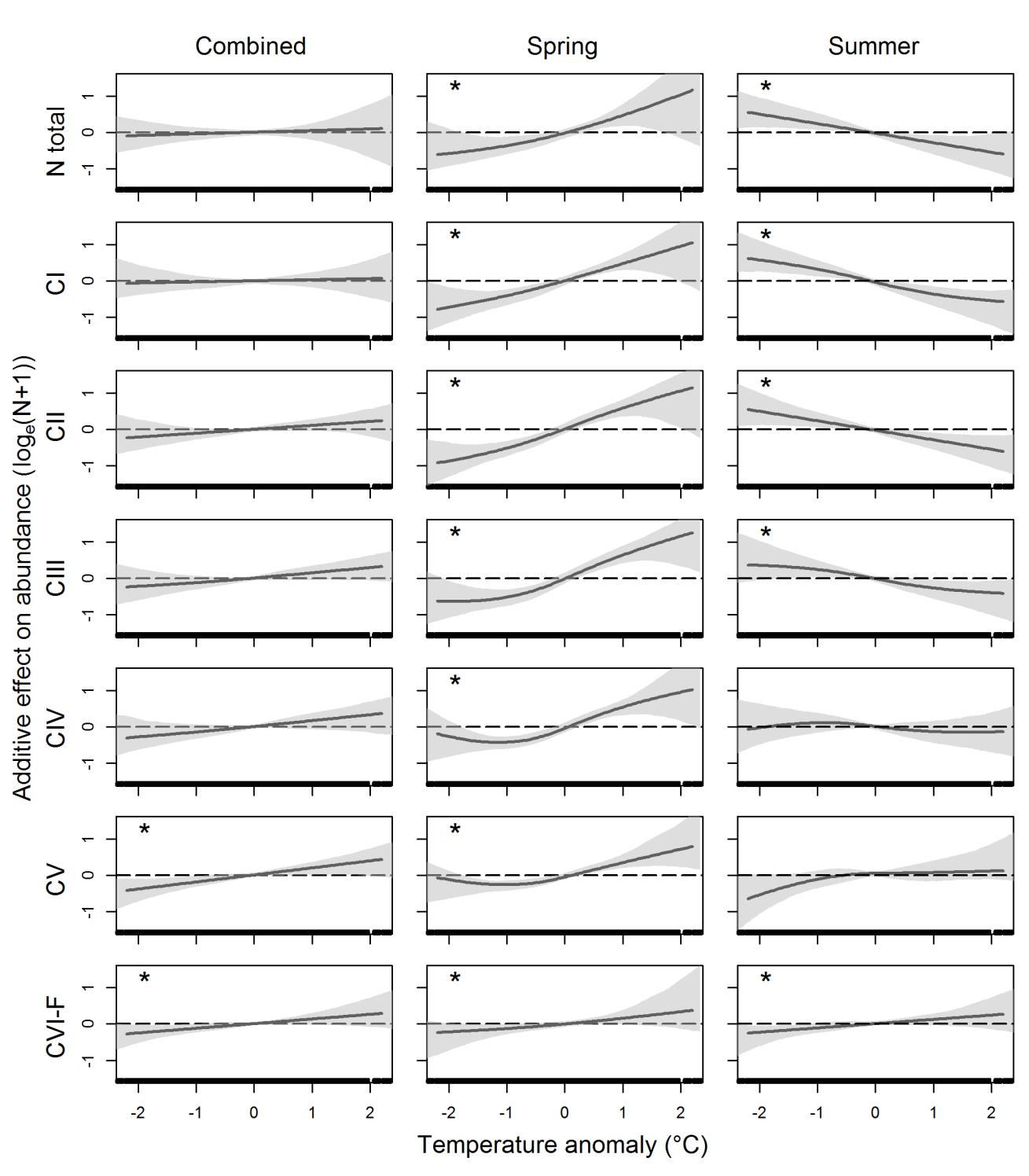 Calanus finmarchicus is the most abundant copepod in the Atlantic waters of the Norwegian - and Barents Seas (NS-BS). Here, it is preyed upon by both larval stages of demersal fish such as cod and haddock, and adult pelagic fish such as capelin and herring. Temperature increase due to climate change is predicted to be particularly pronounced in high-latitude regions, but previous studies have not identified a clear link between temperature and the dynamics of C. finmarchicus in the NS-BS. Using long-term Russian survey data and output from a hydrodynamic model, we investigated associations between regional and local water temperature and C. finmarchicus abundance between 1959 and 1992. Interestingly, we found that the associations differed depending on the developmental stage, season and area. Abundances of the oldest copepodite stage and adult females showed no strong correlations with regional temperature indices, but were positively linked to local temperature in both spring and summer. For nauplii and young copepodite stages (CI-CIV), associations with both regional and local temperature estimates were positive in spring, but negative in summer. These opposing results might indicate that the phenology (seasonal timing) of young copepodites may be particularly responsive to climate change. In fact, according to our results, increased temperature might trigger earlier peak of C. finmarchicus copepodites. This might in turn influence the success of the predators on these stages, which depend on a match with their prey. As the temperature associations observed weakened when we aggregated data across developmental stages and season, this study illustrates the value of detailed data series in climate effect studies.