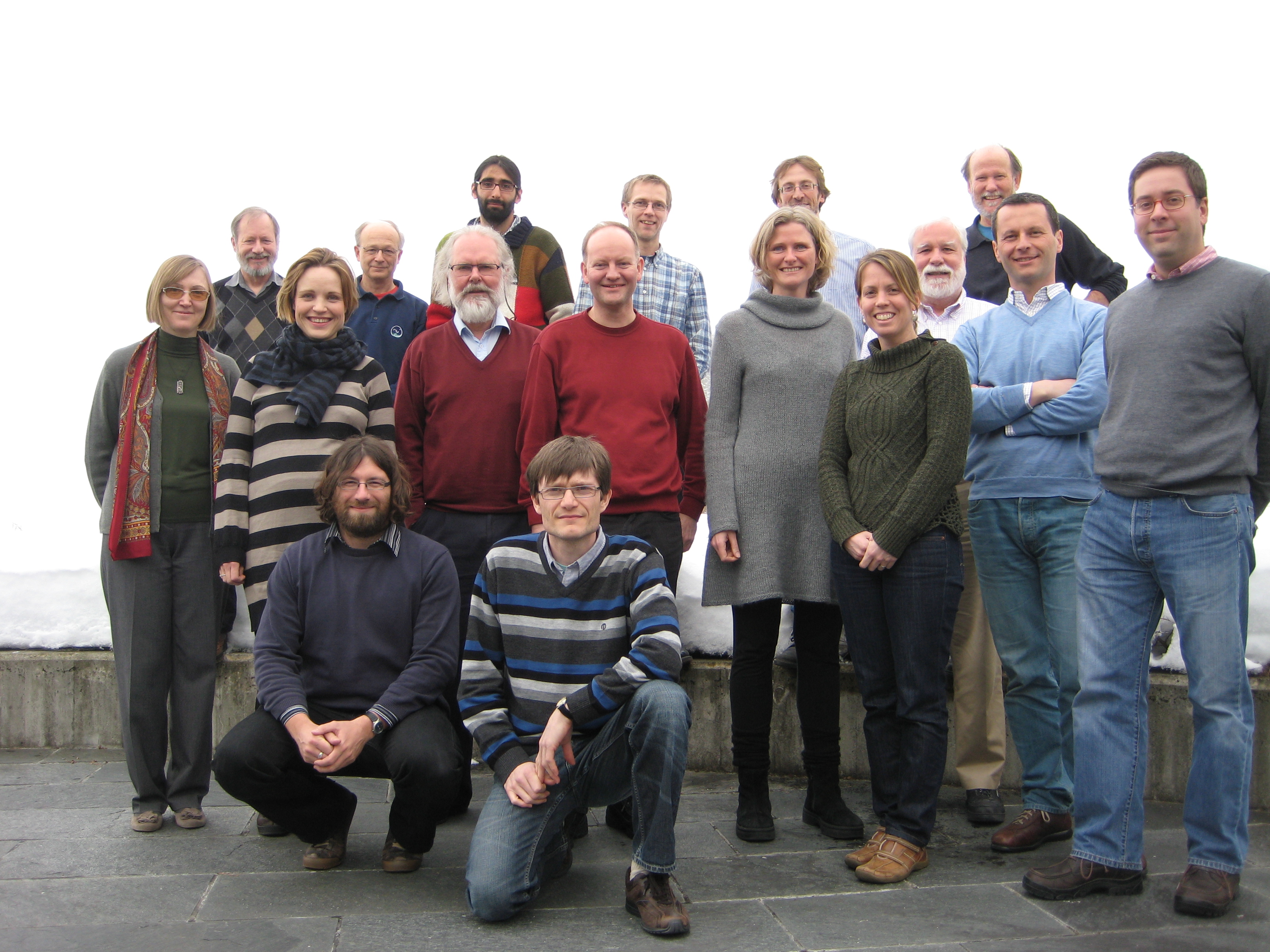 People who attended the workshop from back to front and left to Right.

Removal of large (and thus implicitly old and experienced) individuals, resulting in a juvenated, age-truncated spawning population has been described by numerous authors to be a result of modern day fisheries patterns. Similarly, non-uniform fishing pressure on population sub-units may also lead to a reduction in the capacity of populations to withstand climate variability and change.

It follows that ecosystem-based management of the world’s oceans requires a better understanding of how these changes affect food-web relationships. To explore this topic, a series of international workshops funded by the Research council of Norway on fish population structure in marine ecosystems was held by the CEES. These workshops brought together academic and applied scientists from five countries (Norway, Canada, USA, France and Russia) with special expertise in theoretical ecology, animal behaviour, fish and seabird ecology, fisheries oceanography and ecosystem modelling and resulted in publishing a Theme Section of five papers all coauthored by members of CEES in Marine Ecology Progress Series and edited by Joël Durant and Nils Chr Stenseth.

During these workshops, we have investigated the effect of fishing and climate on population structure across sub-Arctic ecosystems using a comparative approach. We particularly focussed on how temperature- and fishing-induced changes in spatial and demographic population structure affect recruitment and population growth rate.

For instance, we studied the effects of variation in spawning stock and sea temperature on long-term temporal patterns on the recruitment dynamics of 38 commercially harvested stocks in the northern North Atlantic and found that abrupt changes (maybe even regime shifts) may be common. On another study, we examined for 5 fish stocks (4 species in 3 ecosystems) the usefulness of indices of juvenile abundance relative to larval abundance for predicting recruitment. Prediction of year-class strength is a critical challenge for fisheries managers and is classically based on larval abundance. We found that juvenile abundance could give a better estimate of stock abundance but that the result was too much dependent on data quality to be practical. Our results also showed that forecasts of future recruitment were either improved or qualitatively unchanged by including environmental correlates. On a third study, we compared, for 7 gadoids fish stocks (3 species in 7 ecosystems),  the effects of fisheries on population growth rate and the sensitivity of population growth to climate as well as the role of changed population structure in mediating these effects. We found that there was a general tendency of an increase of the population growth with the increase of the contribution of recruitment.

The results reported on the collection of papers, suggest common patterns, but also highlight differences in the relative importance of fishing and climate among the populations and ecosystems. The key message of this Theme Section is the importance of the interplay between environment and stock (size and structure) in shaping recruitment of sub-Arctic marine fish stocks. The 5 papers highlight different aspects of this theme and draw attention to the value of monitoring temporal and spatial patterns, as well as environmental forcing. Among other, we have demonstrated that recruitment estimates may be improved by taking into account environmental information and nonstationarity. We showed that age-structure may be important for understanding the dynamics of harvested populations. Finally, we have showed that spatial ecology is important to understand the underlying mechanisms that drive fish population dynamics