Fungal β-glucans are branched β-1→3/1→6-D-glucan polymers that are recognized by the innate immune system due to structural similarities to certain microbial pathogen cell wall components. 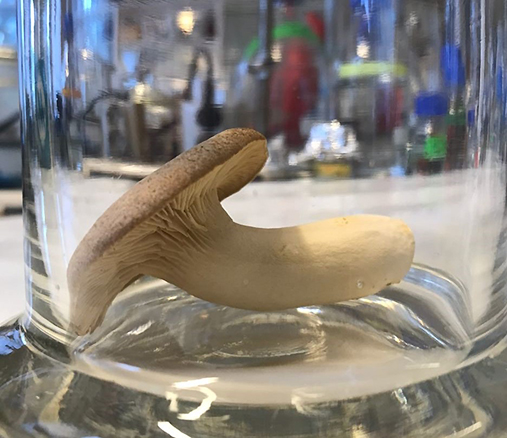 In this project, carbohydrate polymers from fruiting bodies of edible mushrooms are isolated and characterized. The isolation is conducted by a sequence of extractions using solvents of increasing polarity followed by fractionation by preparative chromatography, enzymatic treatment and/or re-dissolving/precipitation. The isolated materials are characterized for their monosaccharide composition and linkages present by use of 2D NMR and by GC and GC-MS analysis, and are then subjected to cell cultures to monitor their activites.

β-glucan’s fine structures vary with respect to distribution of 1→3 and 1→6 linkages, degree of branching, length of side chains and size, and it is not clear whether all fungal β-glucans share the same activity. We have found that the golden chanterelle (Cantharellus cibarius) contains a water insoluble β-1→3-glucan with short glucan/xyloglucan side chains in addition to a water soluble β-1→6-glucan with 1→3-linked side chains (Nyman et al. Carb.Polym. (2016) 146 197-207).

Challenges associated with NMR analysis of water insoluble polymers are to be resolved as part of this project. In addition, it appears that the physical appearance of isolated lyophilized water insoluble material is not suited for interaction with macrophages. Therefore, in order to determine their activity, the material needs to be transformed into a stable particulate formulation with a particle size suitable for phagocytosis. Particles may be prepared by spray drying or by controlled precipitation and characterized by measurements of geometric particle size, polydispersity and zeta potential. Specific actions to stabilize the particles and to counteract their tendencies to aggregate are to be made.

In addition, water-soluble fungal polysaccharides may be suitable as liposome coating material altering liposome particles’ adhesive properties. Methods include the one-pot method developed by the SiteDel research group using different glycan concentrations. The coated liposome’s ability to act as slippery liposomes or regular mucoadhesive liposomes will be tested both by DLS and rheology in an interaction study with mucin.