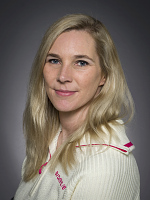 What happens if the atomic nucleus is heated to several billion degrees?

How were the elements that we know of in the Universe made?

How can nuclear physics save lives?

The nuclear physics group at the Oslo Cyclotron Laboratory (OCL) has developed a method to measure the properties of atomic nuclei at very high temperatures. At these temperatures, the most important properties are the level density, which is how many quantum states available for the nucleus at a given excitation energy, and the gamma-ray strength function, which is a measure of the probability of electromagnetic decay for a certain gamma energy. These two quantities are indispensable for estimating astrophysical reaction rates, which in turn are used for modeling the creation of the various elements in, e.g., supernovae.

New results from the OCL experiments show that some nuclei have an enhanced probability for electromagnetic decay for low-energetic gamma rays. It turns out that these discoveries might have a huge impact on the astrophysical reaction rates of the so-called r-process (rapid neutron capture), which is believed to be the mechanism behind about 50% of the heavy elements we observe in the Universe. Dependent on the models applied in the calculations, the reaction rates can increase up to a factor of 300 for the most neutron-rich nuclei [A. C. Larsen and S. Goriely, Physical Review C 82, 014318 (2010)].

Atomic nuclei may also be used for efficient and precise cancer treatment. By shooting e.g. protons (ionized hydrogen gas) or carbon ions into a tumor, the cancer cells will die while the surrounding healthy tissue will receive a minimal dose compared to conventional radiation treatment. Proton and ion therapy is now a well established method of treatment in many countries, and hopefully this method will also be available for Norwegian cancer patients soon.

Cand.mag. in Physics, Dec. 2002, Department of Physics, University of Oslo

Ph.D. in Nuclear Physics, May 2008, Department of Physics, University of Oslo

Member of the Norwegian Academy for Science and Letters, 2017-