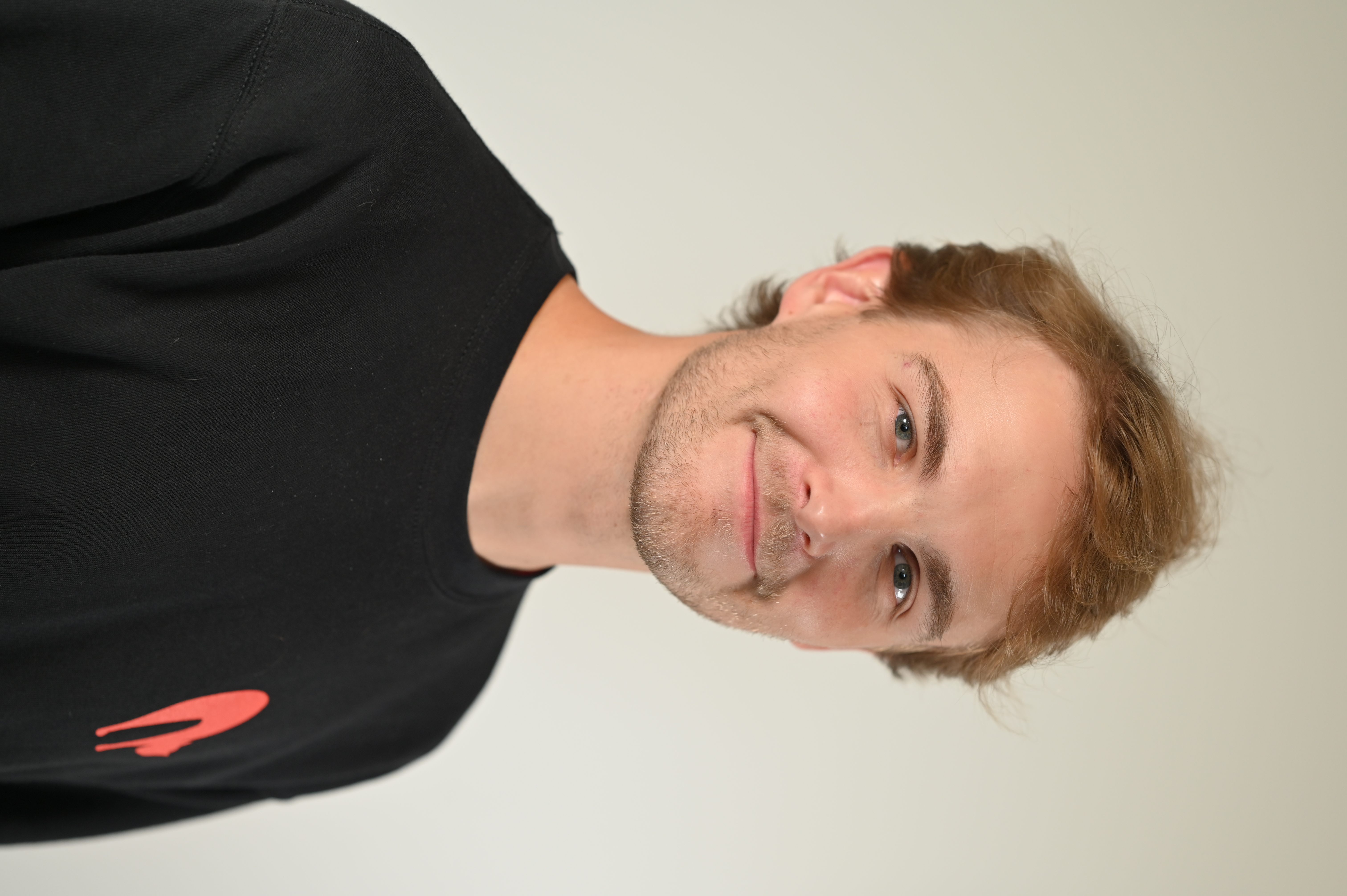 I study theoretical and computational quantum mechanics, more specifically theoretical and computational methods to calculate how systems of several interacting particles evolve. To be even more specific, I hope to derive dynamical coupled cluster theory (CC theory) using a spatially discrete basis (DVR basis), implement a flexible code and use it to simulate systems of interest both within quantum chemistry and nuclear physics.

My project will be finished in December 2024, and my main supervisor is professor Morten Hjorth-Jensen.

I hold bachelor's and master's degrees in physics from NTNU, where I calculated spin transport between conductors and antiferromagnets – that is, how an electronic current in a conductor may give rise to spin waves (so-called magnons) in an adjacent antiferromagnet, and vice versa. Such mechanisms will be important in possible future spintronics, where one in addition to electricity seeks to utilise spin to store and transfer information. Spintronics concerns spin and magnetism to a larger degree, but it too builds upon quantum mechanics for many-body systems, just as the methods I am currently working on.

I also took the 1-year teacher training (PPU) course at NTNU and worked for just over half a year in secondary school, teaching mathematics and science among other subjects.