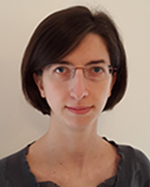 The future Large Hadron Collider (LHC) Physics program and the consequent improvement of the LHC accelerator performance set important challenges to all detector systems. This PhD thesis delineates the studies and strategies adopted to improve two different types of detectors: the replacement of precision trackers with ever increasingly performing silicon detectors, and the improvement of large gaseous detector systems by optimizing their gas mixtures and operation modes.

Within the LHC tracker upgrade programs, the ATLAS Insertable B-layer (IBL) is the first major upgrade of a silicon-pixel detector. Indeed the overall ATLAS Pixel Detector performance is expected to degrade with the increase of luminosity and the IBL will recover the performance by adding a fourth innermost layer. The IBL Detector makes use of new pixel and front-end electronics technologies as well as a novel thermal management approach and light support and service structures. These innovations required complex developments and Quality Assurance (QA) protocols during the construction and installation phases. The work presented is devoted to the QA of the IBL staves that are the basic element of the IBL Detector, each one holding 20 pixel modules. A compact set-up has been built for a thorough QA of the 18 production staves, that were fully characterized performing electrical tests, calibrations and radioactive source scans. The obtained results allowed the selection of the 14 best staves for the assembly of the IBL Detector, which has been successfully installed in the center of the ATLAS experiment in May 2014. In parallel, the reliability of the IBL wire bonds, which connect front-end chips and sensors to data and service transmission, has been investigated under operation conditions close to real ones. In addition, two methods for wire bond protection have been tested. The results obtained have been used for the implementation of a trigger veto for the IBL operation.

During the High Luminosity (HL) LHC phase the muon systems will be pushed close to their operation limits by the increased luminosity and high radiation environment. A strategy to preserve good operation conditions has been established by adding more detector planes and by upgrading the present read-out and infrastructure systems. In this context, several aspects of gas systems operation have been studied. As an example, the importance of robust and precise gas quality monitoring tools has been established. A complementary method to the standard gas analysis techniques has been proposed by using Single Wire Proportional Counters, which detect gas variations and pollutants at the level of ppm. This monitoring system has been successfully implemented for the Cathode Strip Chambers at the CMS experiment.

A strategy to reduce gas emissions has been developed by using gas recuperation and recirculation systems and by exploring the possibility to use new environmental friendly gases. The particular case of Gas Electron Multiplier (GEMs) detectors using CF4 has been analyzed. Successful operation in gas recirculation mode has been achieved confirming the necessity to purify the re-circulated gas. In view of reducing greenhouse gases emission at LHC, systematic studies have been conducted on the Resistive Plate Chambers (RPCs), which use C2H2F4 and SF6 in large quantities. A new environmentally friendly Freon of new generation has been tested measuring key parameters for RPCs operation at LHC. Encouraging results have been obtained for operation at low particle rates.