ESA has selected the satellite concept they will use in their new Earth observation mission. Professor of Geomatics Andreas Kääb is in the scientific team engaged on this prestigious task for ESA's tenth Earth Explorer mission. 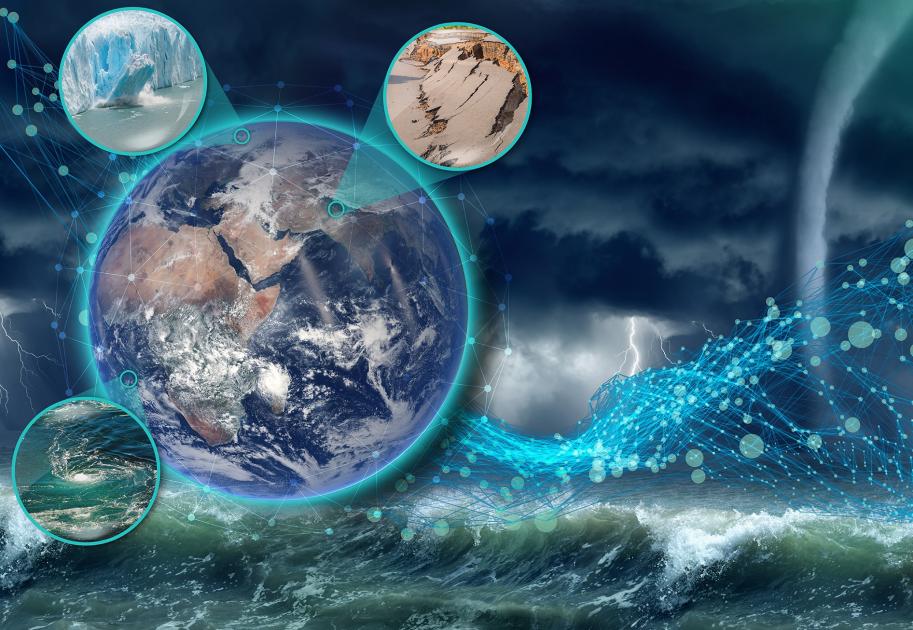 The European Space Agency (ESA) has chosen to go for the newly developed satellite concept Harmony for its tenth Earth Explorer mission.

Andreas Kääb at the Department of Geosciences is one of a dozen researchers who have worked intensively on the new concept that was selected on 22 September by ESA, and which will therefore be built and deployed. Kääb is a professor of geomatics and has worked over several decades with techniques and monitoring of glaciers all over the world.

A satellite system that will provide important data

Harmony is a unique satellite concept that has been developed to provide information about oceans, ice, earthquakes and volcanoes - as well as providing data for climate research and risk monitoring on Earth.

ESA's Earth Explorer satellites aim to provide data for science and technology to investigate conditions that have a direct impact on climate change and, not least, societal issues such as the availability of food, water, energy, resources and public health.

– Harmony gives us for the first time the opportunity to measure vertical movements of glaciers and permafrost at the same time as their horizontal movements. That is, their three-dimensional changes. These observations open up entirely new possibilities for understanding processes in glaciers and permafrost, for example their response to global warming, according to Andreas Kääb, who works especially with the mission features that will look at snow, ice and permafrost.

– The development of Harmony will give us a lot of work in the coming years, but also a lot of motivation and inspiration, says Kääb.

The Earth is a dynamic system where the transport and exchange of energy and matter is regulated by a number of processes and feedback mechanisms. Understanding the complex processes and how the Earth works as a system is a big challenge. But with the Harmony satellites, the picture will become much clearer, according to a press release from ESA.

In addition, the Harmony satellite concept can provide a better data source for dealing with societal issues and climate challenges.

Will operate together with a Sentinel-1 satellite

The Harmony concept consists of two identical satellites, and one Copernicus Sentinel-1 satellite,  orbiting the Earth as an integrated system. Each Harmony satellite will carry a so-called synthetic-aperture radar (SAR) that receives two-dimensional images of the Earth's surface independent of sunlight and cloud cover, as well as a thermal-infrared instrument.

Together with observations from Sentinel-1, Harmony will deliver a large range of unique high-resolution images of horizontal and vertical motions occurring at or near the Earth's surface.

According to ESA, there are three conditions on Earth where the Harmony satellites can provide particularly important information; the interaction between sea and atmosphere, changes in ice sheets and glaciers, and also indications of impending seismic hazards, i.e. earthquakes and volcanic eruptions.

Examples of areas where Harmony can be used

When it comes to the interaction between the ocean and the atmosphere, the satellites can, for example, be used to quantify the processes that control the exchange of heat and moisture between the sea surface and the air above. This exchange affects processes in the lower atmosphere, driving weather patterns and influencing our climate.

Data from Harmony can also provide information on deformation and flow dynamics at the rapidly changing ice sheet edges, which in turn can provide a better understanding of sea level rise according to Harmony's research leader, Paco López-Dekker, from Delft University of Technology in the Netherlands.

With Harmony formally selected as the tenth Earth Explorer, the mission is now part of ESA's Earth Observation FutureEO program proposal for the upcoming ESA ministerial meeting, CM22, where funding decisions will be made by ESA member states.

The next step in the realisation of the HARMONY venture will involve fine-tuning the mission design and the subsequent construction. According to the plan, the team behind this unique satellite system will be ready to launch the satellites in 2029.

Read more about the satellite system: