The four Norwegian participants in this year's International Biology Olympiad all made an honorable effort, but Ole Einar Dalen was a notch ahead of the others. 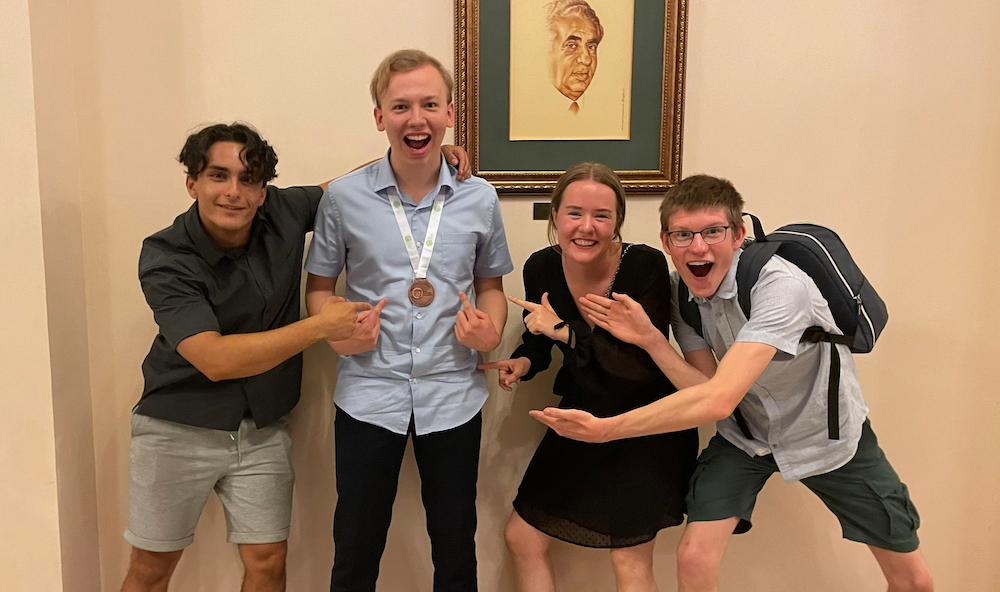 Ole Einar Dalen came home with a bronze medal after several days of tough examinations in both practical and theoretical biology skills. This year's final took place on the 10th-18th. July in Yerevan, Armenia, where approx. 500 students from 66 different countries participated.

This year, the International Biology Olympiad was organized as normal. Our four finalists were invited to the training week at the Department of Biosciences, where they learned practical skills in the laboratory. The students received training in bioinformatics, plant anatomy, biosystematics and biochemistry.

The journey to Armenia

After a week of training in the laboratory, the journey continued to Armenia. With a long layover in Warsaw, the Norwegian finalists had plenty of time to stroll around the old town. Here they had dinner and ended with an obligatory ice cream for dessert. They also passed the statue of Marie Salomea Skłodowska–Curie, the pride of Poland and a good role model for many budding researchers.

After a week of hard work for both jury members and finalists, the results were announced at the closing ceremony where Ole-Einar Dalen was announced as the bronze winner. We could not be more proud of the efforts of Ole-Einar and the rest of the Norwegian team.

We thank all Norwegian students who participated in this year's Biology Olympiad and look forward to next school year. Then the trip goes to the United Arab Emirates.