If you run marathon muscles become more fatigue resistant. If you lift weights your muscles become stronger. Thus, muscles adapt to the way you use them. How can this happen? 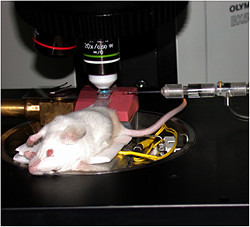 Mouse prepared for in vivo imaging

In more technical, biological terms we work on understanding how “usage” or activity influences back on cell phenotype, the question is relevant for most cell types, but in particular for excitable post mitotic cells such as neurons and muscle fibres. Different patterns of action potential activity (such as during endurance type or strength type of exercise) influences on molecular signalling pathways inside the muscle fibres leading to specific changes in gene expression, and our goal is to identify those. To this end we use experimental animal physiology, molecular biology and in vivo imaging techniques.

Muscle is the tissue in the body that can alter its energy consumption the most, thus the properties of muscle are all important for energy balance and lifestyle-diseases such as metabolic syndrome (inactivity/obesity/diabetes II). During activity, muscle cells are in a very different state than when resting, and it is exactly these differences that seems to contain signals that make the muscle change.

Most biologists will agree that one of the important triggers for muscle changes is the action potential activity. It is not clear to what extent the electrical nerve impulse activity itself is decisive or if also mechanical factors such as load also plays a role. We are currently trying to separate the two in the lab. Most biologists would say that fluctuations in intracellular calcium connected to muscle activity is a crucial factor, but more recently we have found that also other activity correlates such as lipids activated during muscle work1, or the reduced levels of intracellular oxygen in a metabolizing muscle2can trigger signalling pathways.

Irrespective of triggers, the signalling system would ultimately affect gene regulatory proteins turning on and off the genes responsible for the muscle changes. We have published data on how the gene regulatory protein myogenin can induce muscle properties similar to those obtained by endurance training3,4. Thus, over expression of this factor leads to higher levels of oxidative enzymes. We have shown that a structurally very similar transcription factor, myoD works in the opposite direction and induces muscle fibre types of the fast glycolytic type3,4.

We have shown that myogenin and myoD are regulated differentially by the pattern of activity such that the long trains of low-frequency action potentials evoked in muscle during a low intensity long lasting activity such as running a Marathon leads to more myogenin, while short bursts of a few action potentials at high frequency such as during weight lifting tasks leads to more myoD4. The promoters of most of the relevant muscle specific genes have binding sites for myogenin and myoD.

Muscle force depends on muscle mass, and perhaps that is the reason the muscle cells are the largest cells in the body. To support the huge cytoplasmic volume, muscle fibres have multiple nuclei that we have shown to be distributed evenly along these tube-shaped cells. Changes in muscle mass involves each muscle fibre getting smaller (atrophy) or larger (hypertrophy), and these processes involves not only muscle fibres but also the muscle stem cells. They are separate cells living in close proximity to the muscle fibres and are therefore called satellite cells. If you read textbooks they will state that during hypertrophy these cells multiply and fuse with the fibres and, thus supply them with more cell nuclei to support the larger cytoplasm. During atrophy the “excess” nuclei are removed by apoptosis within the intact fibre (see figure of the “standard model”). Recently we showed that this model is wrong.

By directly observing nuclei in fibres inside the intact animal underwent atrophy we showed that no nuclei were lost8. We confirmed, however in a recent PNAS paper, that during hypertrophy new nuclei were recruited form satellite cells, and that these extra nuclei were retained even during subsequent “detraining” and atrophy9. The high number of nuclei seemed to be permanent and thus represented a lasting “impression” or “memory” on the muscle fibres9. A larger number of nuclei might facilitate protein syntheses and might explain why previously strong individuals seem so easily to become strong again. A new model on the cell biological mechanisms behind regulation of muscle mass, and how muscle memory works is illustrated in Fig. 2. The muscle memory concept is important for public health, since new nuclei are harder to recruit when you get older, but if they are permanent you might benefit form exercise while you are young. Our ideas about muscle memory have received intense media attention in ether media, print and on the web.

We are using a large armamentarium of techniques including chronical electrical stimulation of muscles with implanted electrodes in rats, introduction of artificial genes into single muscle fibres in vivo by microinjection or electroporation, muscle contraction measurements, mechanical stimulation of muscle, micro-delivery of drugs to muscles by implanted pumps and histological and histochemical analysis. We are using most regular molecular techniques such as cloning, qrt-PCR, western blotting etc. In particular, we have developed specialized techniques for in vivo imaging of single muscle fibres with fluorescent confocal and conventional microscopy. For most projects we combine several of these techniques to answer our biological questions. 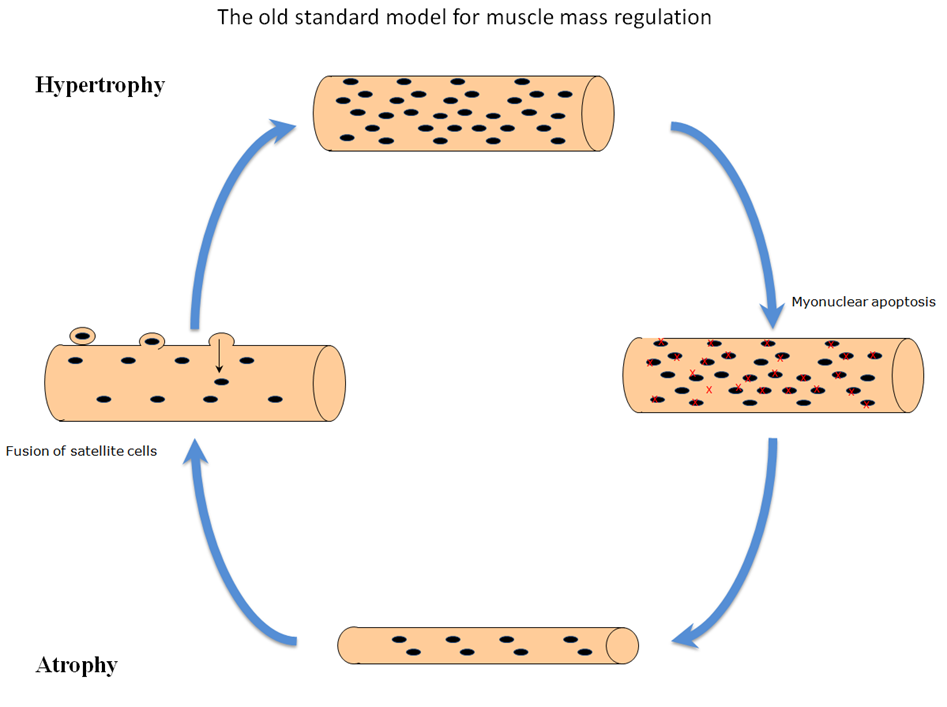 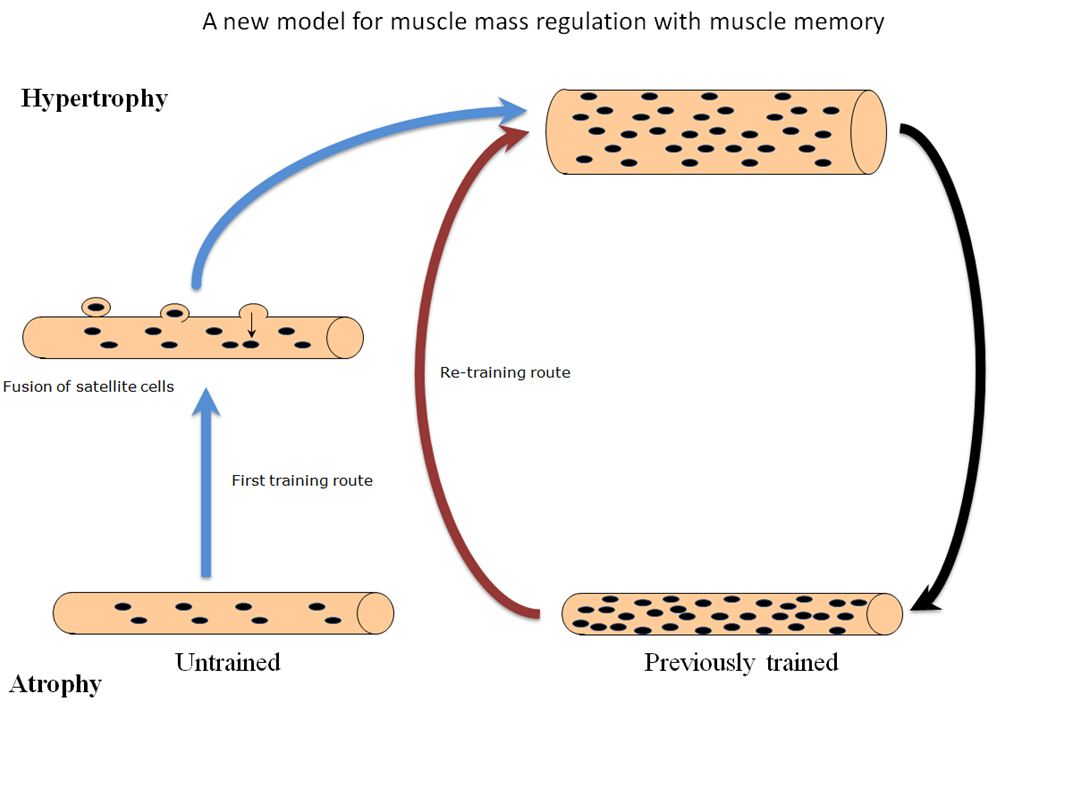 You can learn more about muscle changes by reading review articles from our group 6,7,10,11, or browse our original publications LINK