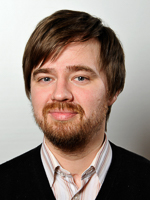 My background is from physics and applied mathematics, and in 2012 I moved to quantum chemistry. My main interests are analysis and development of computational methods for non-relativistic systems.

I am currently a researcher on Trygve Helgaker's ERC advanced grant ABACUS, where I study formal aspects of density-functional theory. In particular, I study current-density functional theory for molecules in external magnetic fields.