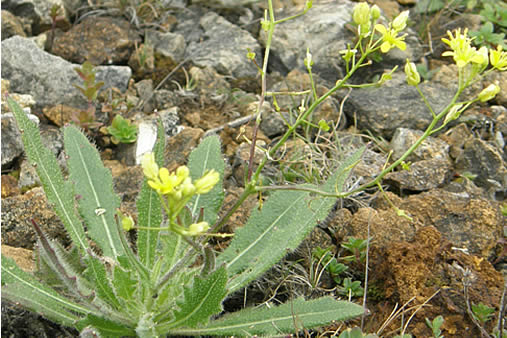 The vast area of the Olkusz Ore-bearing Region (OOR) (Silesian-Kraków Upland) is now covered by excavations and mine spoils where the soil are nutrient-poor and contain considerable amounts of heavy metals (mostly Zn and Pb). These region is not only an inhospitable habitat for living organisms but also poses a threat to its surroundings as a source of toxic substances.

Rehabilitation by planting forests has been carried out for many years. Forest communities that develop as the result of this activity are poor and often dominated by one tree species; it is therefore questioned whether they will be sustainable and contribute to stabilization of the geochemical conditions in the substratum. In the vicinity of these planted forest communities, one can observe the spontaneous development of another type of vegetation composed mainly of grassland and meadow communities. These are localities of plant species that have evolved mechanisms enabling them to survive in an extremely hostile habitat characterized by high concentrations of heavy metals in soil. Though these species exhibit qualities allowing them to colonize post-mining areas, so far they have not been used in re-cultivation schemes.

The aim of the project is to gain comprehensive knowledge of the vegetation of the OOR, and in particular to determine:

To achieve the adopted goals, detailed floristic studies will be carried out during the project, aimed at recording the places of occurrence of all plant species and mapping the types of vegetation in an area of about 40 km2. Within each of about 40 selected forest, grassland and meadow patches, 10-15 study plots are established (altogether 400–600 study plots). For each study plot, 1 m2 in area, a list of its flowering plants, pteridophytes, bryophytes, and lichens will be made, and the cover of these species will be determined, as well as the physical and chemical properties and biological activity of the soil. In forest study plots, additional parameters will be examined, describing the species diversity and abundance of ectomycorrhizae, and the growth dynamics of pine trees.
It is planned to realise the above tasks within three years (2008–2011).
The results of the studies will be used to determine the importance of particular vegetation types for rehabilitation of the degraded OOR post-mining areas, i.e. for restoration and maintenance of their biotic and landscape diversity. The results will be presented in the scientific forum and also disseminated among all groups of interested parties: inhabitants of the Olkusz region, the mine management, and government units of the region. Completion of the project will help planners to devise nature and landscape management plans for areas degraded by mining activity.