UiO The Faculty of Mathematics and Natural Sciences The Centre for Earth Evolution and Dynamics
Main navigation
Back to uio.no
Sub navigation Menu
Research > Research news and events > Research profiles > Carmen Gaina, Director's blogg CEED > Two years journey from the draft proposal to the opening of CEED a Centres of Excellence, University of Oslo 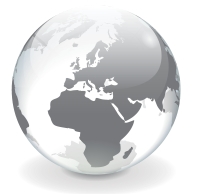 Centres of Excellence are funded by the Research Council of Norway with an aim to establish research centres that are characterised by focused, long-term research efforts (10 years) of the highest international standard. In the spring of 2011, the Research Council invited applications for the third round of Centres of Excellence and a small group of us immediately started to draft an application for a ‘Centre of Earth Evolution and Dynamics’, dubbed CEED. The Research Council received 139 pre-qualification applications on June 8th 2011 and after a lengthy reviewing and committee procedure, CEED qualified for Phase-2 (together with 28 other applicants) on May 16th 2012. A revised application was submitted August 22nd and on November 12th, the 13 lucky winners, including CEED, were officially announced.

This has been a long two years journey from the draft of our initial application to the opening of CEED today at the University of Oslo. CEED will be dedicated to research of fundamental importance to the understanding of our planet, which embraces the dynamics of the plates, the origin of large scale volcanism, the evolution of climates and the abrupt demise of life forms. This ambitious venture will hopefully result over the next 10 years in a new understanding of Earth’s evolution and of how the solid Earth has interacted with atmosphere and biosphere through time. We also envision ways in which our research can be extended to other Earth-like planets and anticipate that CEED will become a scientific flagship for the community and a hub for the
training of a new generation of geoscientists.