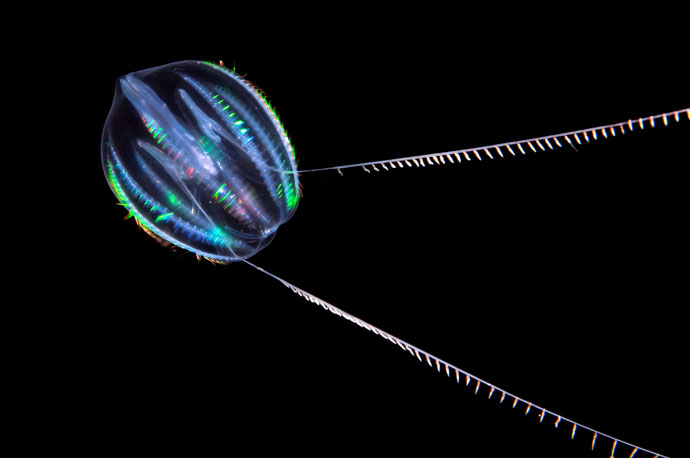 Between 1959-1993, two Soviet-Russian scientific surveys were performed in spring and summer in the highly productive region in the Norwegian-Barents Seas (figure 2).

The surveys largely targeted eggs and larvae of commercially important species, such as cod Gadus morhua, haddock Melanogrammus aeglefinus and capelin Mallotus villosus. But in addition to the targeted species, these surveys also collected a range of other species as by-catch. Three important species groups included in the by-catch are ctenophores, medusae (Hydrozoa, Scyphozoa) and chaetognaths. These diverse groups of animals can all be potential predators on the early life of fish in the region. Since the data on the by-catch was not the main priority on the surveys, the number of individuals were only counted in groups, i.e. ones, tens, hundreds etc., making it a semi-quantitative measure of abundance. Recently, this data has been digitized and made available for scientific analysis. However, since the data on these by-catch groups were not collected as systematically as for the main targeted fish eggs and larvae, it was necessary quality control the data. For example, if a species was not reported, it was unclear if it was not present in the sample or if it was just not recorded. By e.g. analyzing the by-catch data of the ubiquitous Calanus species, which was sampled simultaneously in a targeted sampling (see post), it was possible to evaluate which parts of the data set were of suitable quality for further analysis. Analysis of the quality controlled by-catch data revealed a positive relationship between temperature and Medusae in both regions (figure 3).

This analysis demonstrate the very high value of analyzing historic data in general and in particular the by-catch data from these surveys.