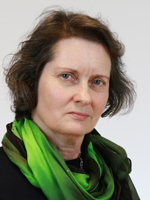 My main interest is pharmaceutical policy, including rational use of medicines, health economics, pharmacist interventions and physicians' precscribing.