The EGU General Assembly 2016 bring together geoscientists from all over the world to one meeting covering all disciplines of the Earth, planetary and space sciences. Three young researchers from LATICE will present their work at the conference. 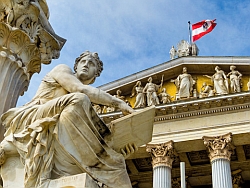 European Geosciences Union has its General Assembly 2016 in Vienna, Austria from 17 to 22 April 2016. This year the programme profile and theme is an Active planet.

The three presentations related to LATICE are:

The program with programme and complete information can be accessed here:
http://egu2016.eu/