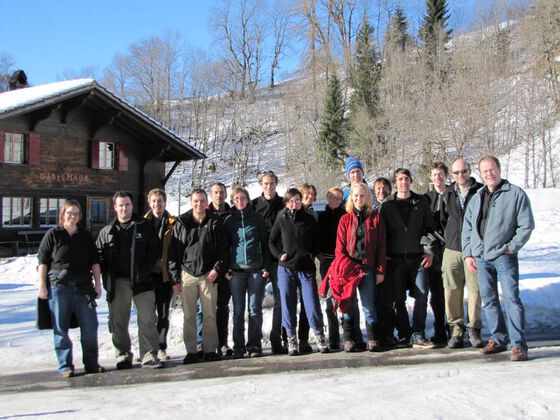 January 19-21, 2010 a co-operation meeting between CRYOLINK and the project cluster "Sensitivity of mountain permafrost to climate change " (SPCC)  took place in Habkern, Switzerland. During August 2010 extensive field work was done at the CRYOLINK field sites. This included refraction seismics and electrical resistivity tomography, as well as downloading of data from sites recording air and ground temperatures. The combination of the two geophysical techniques will hopefully improve our understanding of the permafrost distribution and dynamics in southern Norway.

Between 27.7. and 7.8. field work was carried out for the Norwegian TSP project. All boreholes drilled and instrumented in 2007 were read out, and an extensive number of geophysical soundings were done. The work was carried out in co-operation with the Norwegian Geological Survey (NGU), the Universities of Karlsruhe (Prof. Christian Hauck) and Jena (Christin Hilbich), Germany, and the University of Ottawa, Canada (Prof. A. Lewkowicz). 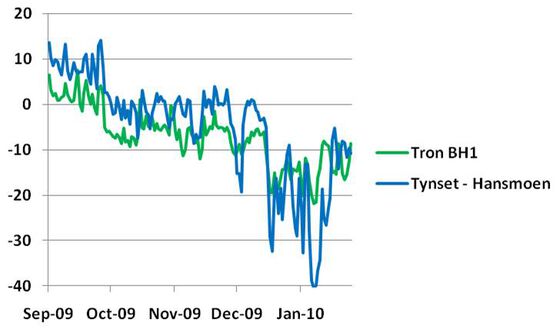 The new mountain station at Tron has shown higher temperatures than the meteorological station in the valley below this cold winter of 2009/2010.