Egil A. Hylleraas honoured with a sculpture park in Engerdal

A sculpture park honouring the physicist Egil A. Hylleraas (1898–1965) was officially opened in Engerdal on Friday August 4th by his daughter Inger Hyllerås Bø and the Mayor of Engerdal Lars Erik Hyllvang. 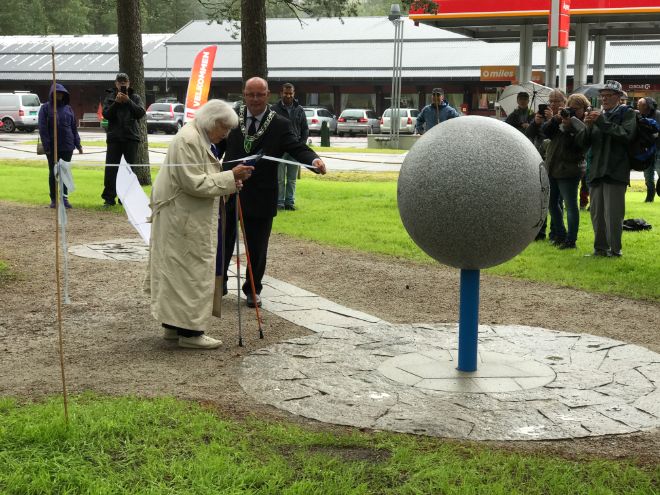 Egil Hylleraas, who was born and raised in the nearby village Hylleråsen, helped usher in the era of scientific computing by carrying out accurate calculations on helium, thereby confirming the validity of quantum mechanics for more than one particle (1929), by predicting the stability of the hydrogen anion, later detected in the Sun’s atmosphere (1930), and by performing the first calculation of the cohesive energy of a molecular crystal, LiH (1930).

His work is not only historically important — since the 1980s, his methods have been adapted to large molecules and are now used routinely in high-accuracy quantum-mechanical simulations of molecular systems.

The Hylleraas sculpture installation Abakus (see video above) was designed by Peder Istad to trigger the curiosity and wonder of children. It is sturdy — feel free to climb it! The artwork was financed by Sparebanken Hedmarks kunstfond.

Read more about Egil A. Hylleraas