Minisymposium at the Hylleraas Centre: Frontiers in Density-Functional Theory 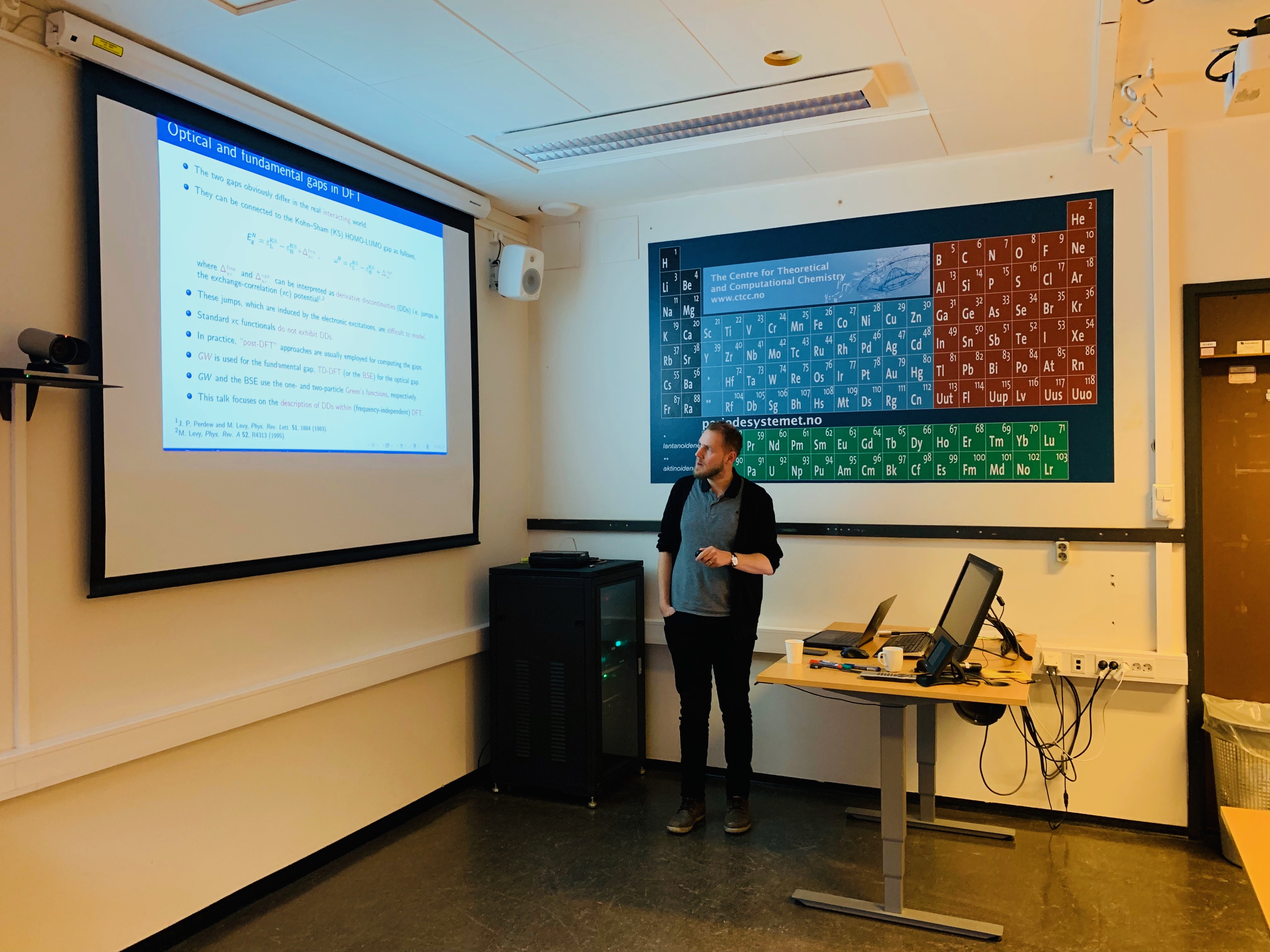 On November 1, the mini-symposium "Frontiers in Density-Functional Theory" was held at the Hylleraas Centre in Oslo with two prominent speakers in the field of density-functional theory. Professor Paola Gori-Giorgi from Vrije Universiteit Amsterdam in the Netherlands spoke about the "Strong-interaction limit of an adiabatic connection in Hartree–Fock theory", followed by Ass. Prof. Emmanuel Fromager form Université de Strasbourg in France, whose title was "Unified formulation of the fundamental and optical gap problems in density-functional theory for ensembles".