July 11-17 2019, the Hylleraas Centre organised the 10th Congress of the International Society of Theoretical Chemical Physics in Tromsø. With 545 registered participants, it was one of the largest conferences in this conference series. 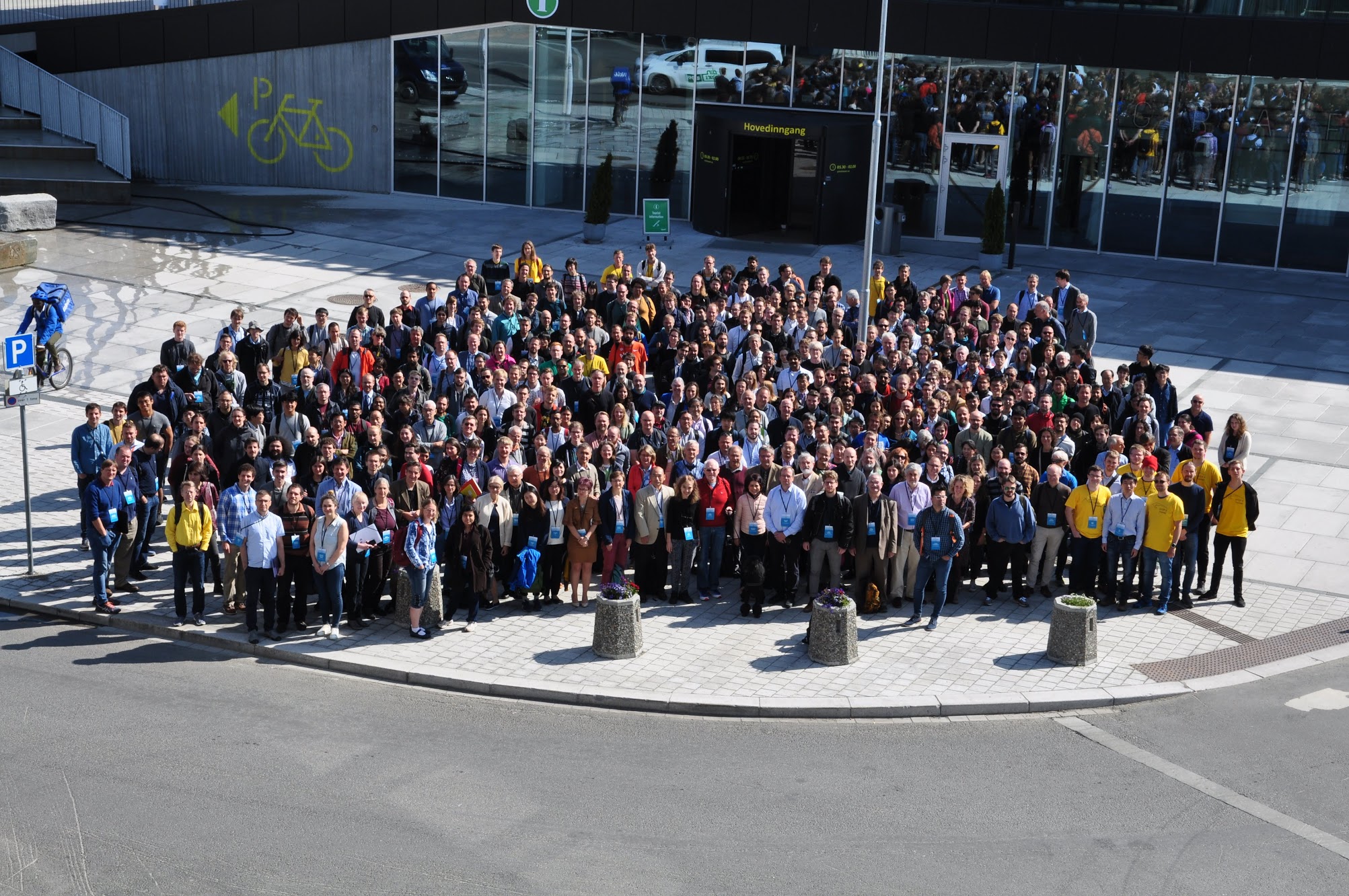 During seven sunny and fairly warm days in July 2019, almost 550 researchers from around the world gathered in Tromsø for the 10th Congress of the International Society of Theoretical Chemical Physics (ISTCP-X). With more than 202 lectures in plenary sessions and 14 topical parallel sessions and 280 poster presentations, the participants were able to enjoy the latest scientific advances in the field of theoretical and computational physics.

The conference was opened in the afternoon of July 11 with two plenary talks. First by Sharon Hammes-Schiffer from Yale University, who delivered the 2019 Almlöf-Gropen lecture as part of the opening of the conference. In her lecture, she presented her work on describing the coupled motion electrons and nuclei and their application to a wide range of problems in the field of chemical physics.

This was followed by a presentation by Hylleraas director Trygve Helgaker, who presented the life and science of the Norwegian physicist Egil Hylleraas, from whom the Hylleraas centre has taken its name. He showed that Hylleraas' was ahead of his time and that the methods he developed are still being used today. Indeed, one of topics at the conference was named "90 years of r12: Hylleraas symposium", with a focus on current research that build on the work of Egil Hylleraas.

The conference program was busy, starting at 08.30 in the morning and lasting until 21.00 on the days with poster sessions. Each day was normally started with two plenary lectures followed by three groups of four talks in 3-4 parallel sessions, finishing at 18.30.

At the end of a busy week, the conference was closed on July 17 by two excellent plenary lectures given by respectively Monica Olvera de la Cruz from Northwestern University who spoke about the properties and modelling of molecular electrolytes, and finally a talk by Kersti Hermansson from Uppsala University who spoke about the challenges one is faced with when modelling complex materials, in particular when also water is involved.

Highlighting research at the Hylleraas Centre

The conference was also a great venue to promote the research being done at the Hylleraas centre. In addition to Hylleraas director Trygve Helgaker giving a plenary lecture on the life and work of Egil Hylleraas, Hylleraas PIs Michele Cascella, Luca Frediani, Kathrin Hopmann and Michal Repisky had all been invited by session chairs to present their research. Hylleraas PI Bjørn Olav Brandsdal also stepped in on short notice when one of the speakers did not catch his flight and thus could not attend the conference.

The conference was praised by the participants for the high quality of the scientific program. The program featured 66 females among the 202 invited speakers and thus one in three speakers were women, and 5 of the 12 plenary speakers were women, probably making it among the most gender balanced conferences in the field of theoretical chemical physics in recent years.

In addition to its focus on promoting gender balance, the ISTCP-X conference implemented a number of measures to reduce waste (and in this way also keep costs, and conference fee, low). The conference did not offer any printed book of abstracts, and instead the program was only available online, but in a format well suited for portable devices such as mobile phones and tablets. This online program was developed in-house by Hylleraas member Michal Repisky, and this solution was very well received by the conference participants.

The welcome package was also kept to a minimum, containing only a certificate of attendance, a name badge and food and drink vouchers that the participants had ordered or that was included in the conference fee. At the end of the conference, participants were encouraged to leave their lanyards, and about a third of them were returned to the conference organisers.

The conference had received support from multiple scientific journals for awarding poster prizes to students and postdocs who wanted to participate in the poster prize competition. This support was much welcome and such poster awards are important for the future career of young scientists. The winners of the different poster prizes were:

Despite the busy conference schedule, the conference participants were also given some impressions of local art and environment. Before the welcome reception, Elle Marja Eira gave an audiovisual show introducing the participants both to the sami art of joik, as well as an introduction into the sami history and way of life.

However, in addition to this local organisation committee, the smooth operation of the conference relied heavily on the active participation of many of the younger members of the Hylleraas centre, largely from the Tromsø but also with members from the Oslo node, as well as a few visiting students. They were outfitted with a characteristic yellow T-shirt when "on duty". 17 people were participating as such assistants during the conference, and helped ensure that everything ran smoothly. At the end of the conference, the yellow t-shirts were recognised as a symbol for high quality of service, as they helped ensure the smooth running of all the scientific sessions.

In addition to the poster prizes, the conference received generous support from the Research Council of Norway, the University of Tromsø - The Arctic University of Norway, both from the Department of Chemistry, the Faculty of Science and Technology and the University Rector, and the Hylleraas Centre, and this support is gratefully acknowledged.