Article Featured in the JACS Spotlights 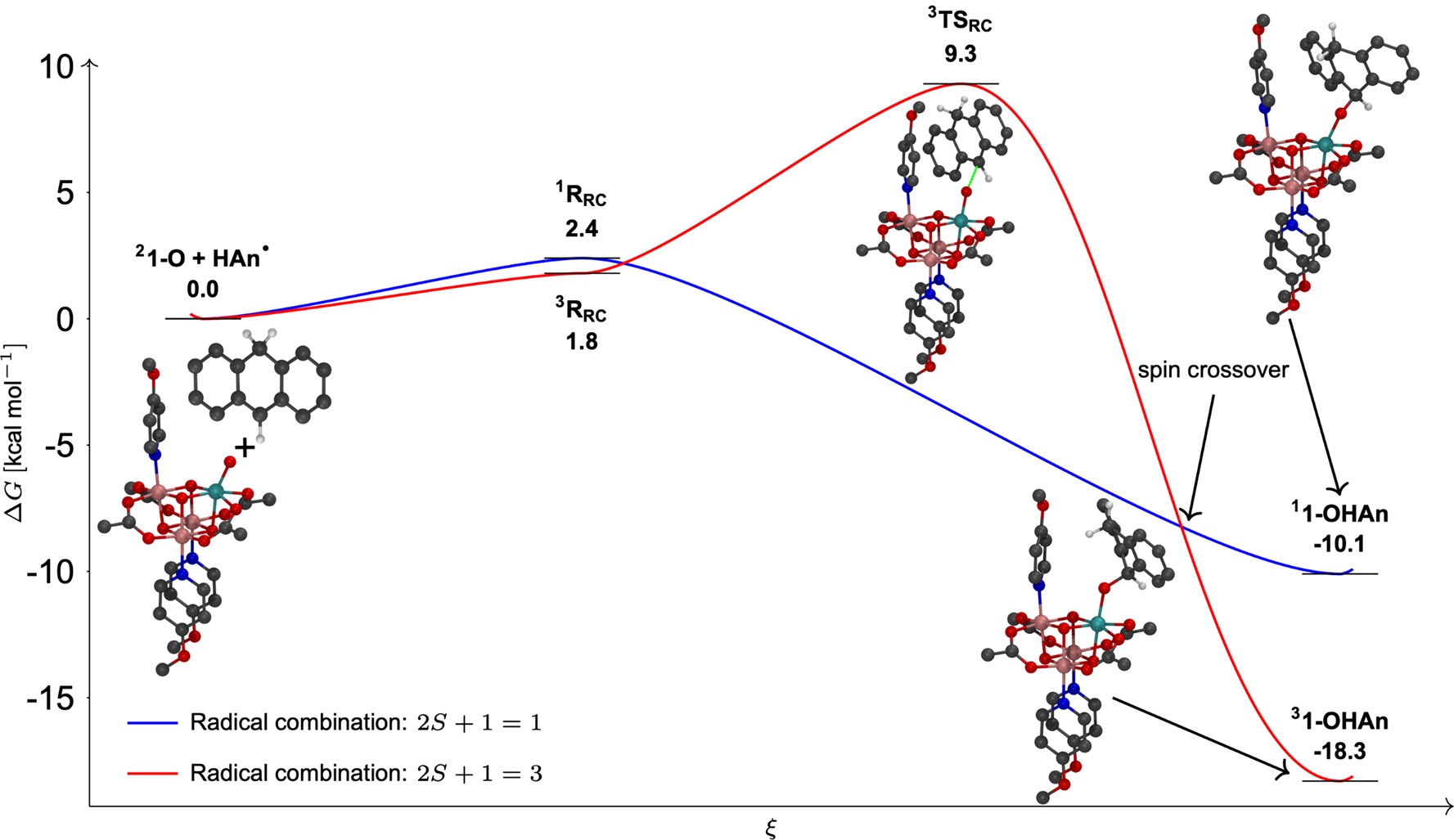 In this article, theory and experiments were combined to investigate the reaction mechanism of C-H activation by oxo-cubanes containing cobalt and ruthenium. These compounds are biomimetic models of the active species involved in photosynthesis. DFT studies revealed an unusual mechanism in which the organic and oxyl radicals undergo a barrier-less coupling involving triplet-to-singlet spin crossover (Figure above). In addition to the mechanism, the highlights of this work include 1) The correlation of computed local charges and spin densities with experimental rate constants; and 2) The influence of cobalt-ruthenium cooperative effects on the reactivity of the system. Bastian Bjerkem Skjelstad carried out the calculations under the supervision of David Balcells. Skjelstad received his MSc degree at the Hylleraas Centre in 2020 and he is currently a PhD student in Satoshi Maeda’s group at Hokkaido University.

This work was recently featured in the JACS Spotlights of August 2021.