Dr. David Balcells, a Principal Investigator of the Hylleraas Centre, writes on the use of artifical intelligence in chemistry in Kjemi, the journal of the Norwegian Chemical Society 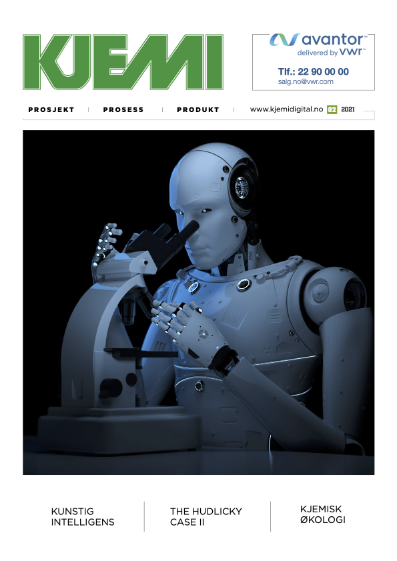 In recent years, artificial intelligence in general and machine learning in particular has become an important part of chemistry, widely used in industry and research. This development is also reflected in the work at the Hylleraas Centre, where much of the research now uses or develops the tools of machine learning. Principal Investigator David Balcells has been particularly active in this emerging area, developing new techniques for the discovery of catalysts, combining machine learning with quantum-chemical modellling in collaboration with Assoc. Prof. Riccardo De Bin at the Department of Chemistry, University of Oslo.

In Kjemi 2 (2021), David Balcells has published a brief popular account on machine learning in chemistry, with an emphasis on the field close to his own research.

Being the journal of the Norwegian Chemical Society, Kjemi, publishes in Norwegian. Balcell's article on machine learning was written in English and then translated to Norwegian using Google Translate, itself based on machine learning. The final product was edited by a native speaker.