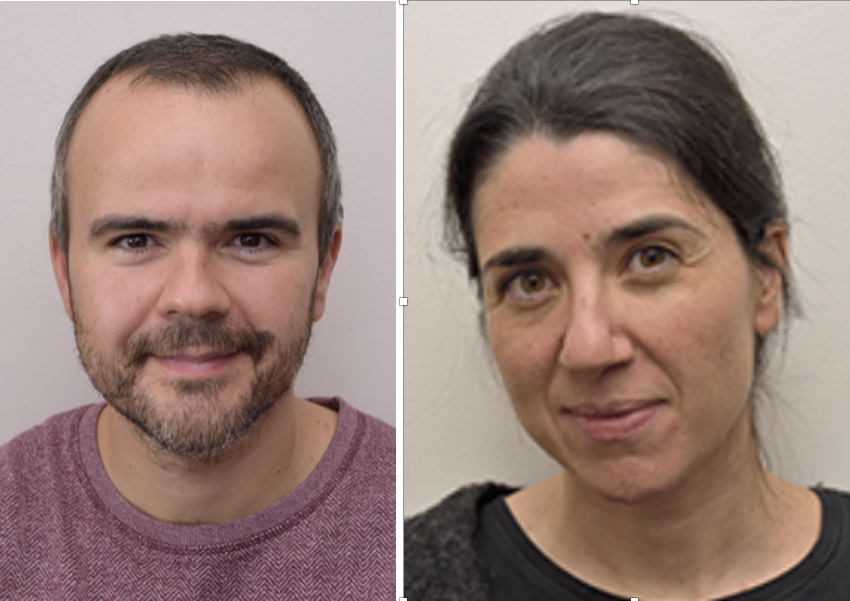 From 1st of January 2021, Dr. David Balcells and Dr. Ainara Nova take over as Principal Investigators for Research Theme 5 (RT5) "Chemical Transformations" at the Hylleraas Centre, after Profs. Odile Eisenstein and Kathrin Hopmann stepped down at the end of 2020. Eisenstein will still be an active member of the Hylleraas Centre, whereas Hopmann has left the centre to devote her full time to her own large reserach portfolio. We would like to thank both for the very important work they have done in building up strong activities in computational chemistry at the centre.

David Balcells and Ainara Nova came to the University of Oslo in 2013 as postdoctoral fellows of the Centre for Theoretical and Computational Chemistry (CTCC) and have been members of the Hylleraas Centre since its opening in 2017. They are excellent scientists and indeed among the most productive at the centre. Nova won a Researcher Grant from the Research Council of Norway in 2020 and a Young Research Talent Grant in 2015, while Balcells received the Young Researcher Award from the Spanish Royal Society of Chemistry in 2020. Both are also members of the Catalysis Section at the Department of Chemistry, University of Oslo.

Whereas David Balcells is fully associated with the University of Oslo, Ainara Nova will share her time between Oslo and Tromsø, where she holds a 20% position as the leader of the NordCO2 Nordic University Hub, awarded to Hopmann and Nova in 2019. She is also a researcher at the Centre for Material Sciences and Nanotechnology at the University of Oslo.

We are very proud to have David Balcells and Ainara Nova as Principal Investigators of the Hylleraas Centre in Oslo and Tromsø — with them at the helm, RT5 is in safe hands.