Odile Eisenstein has been elected International Honorary Member of the American Academy of Arts & Sciences in 2021. 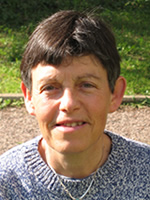 We are proud to announce that Hylleraas member professor Odile Eisenstein has been elected an International Honorary Member of the American Academy of Arts and Sciences, "an honorary society that recognizes and celebrates the excellence of its members and an independent research center convening leaders from across disciplines, professions, and perspectives to address significant challenges."

Odile joins Section 3 – Chemistry, one of the six sections of Class 1 – Mathematical and Physical and Sciences in the Academy. Its members and honorary international members are listed here.