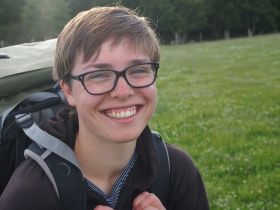 Dr. Dundas defended her thesis in a mixed physical/online event. Her external opponents, Dr. Filippo Lipparini from Università di Pisa, Italy and Prof. Sandra Luber from the University of Zürich, Switzerland, both participated online. In addition to a small crowd physically present in the auditorium, including the internal opponent Prof. Luca Frediani, the trial lecture was streamed and thus available to watch for all interested.

The supervisors of Dr. Dundas work was Prof. Kenneth Ruud, Dr. Maarten T.P. Beerepoot, and Dr. Magnus Ringholm, all from the Hylleraas Centre at UiT The Arctic University of Norway, and Ass. Prof. J. Magnus H. Olsen from the Department of Chemistry at the University of Aarhus, Denmark. 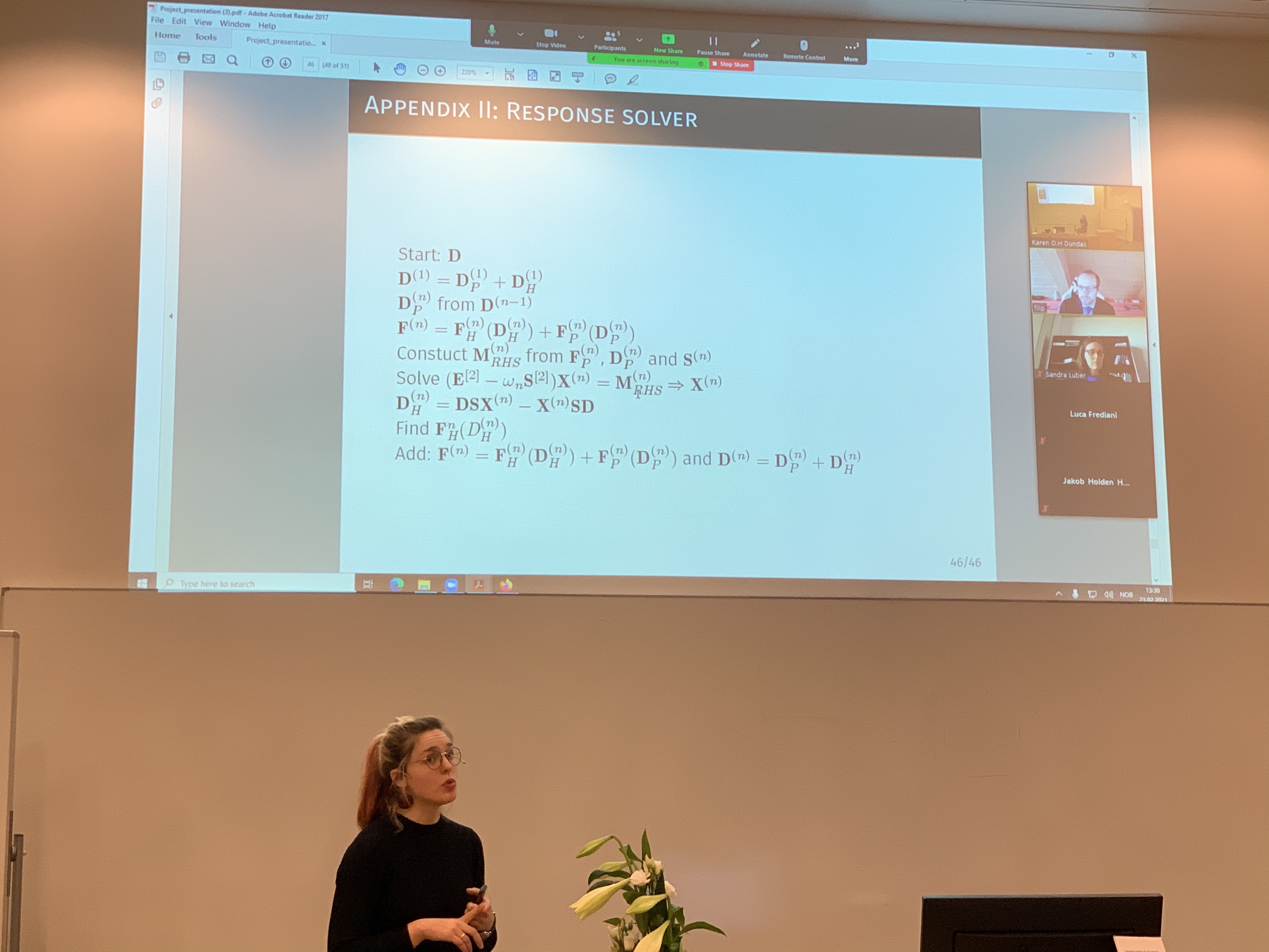 In order to efficiently and accurately calculate vibrational properties for solvated systems, a theoretical framework for combining response theory with the Polarizable Embedding model (PE) has been derived and implemented, and is presented in this thesis.

An open-ended recursive formalism is utilized through the implementation in OpenRSP, allowing energy-derivatives to be calculated analytically up to arbitrary order.
In this way, errors associated with numerical differentiation are avoided, and calculations of properties of higher order can be performed without the need for additional implementation.
The PE model is a focused embedding model, and includes solvent effects through both static and instantaneous interaction energies between a central molecular region and a surrounding environment.

The central region is modelled using quantum-mechanical methods (and therefore is commonly referred to as the QM region), whereas the environment is treated through classical multipoles and polarizabilities. The multipoles and polarizabilities are placed on so-called sites, typically located on the atoms in the environment. This retains a discrete atomistic model while still considerably reducing the overall computational cost compared to a full quantum mechanical description. The method allows the user to automatically calculate the multipoles and polarizabilities, thereby avoiding any need for using predetermined parameters. In addition to its efficiency, the PE method is thus both accurate and flexible.
In this thesis, a new combination of the PE method with the open-ended response framework is presented, in addition to the implementation done in order to calculate various vibrational frequencies and intensities from the calculated energy derivatives.

The theoretical background for derivatives of the PE energy is outlined, and software for the calculation of these has been developed through a combination of the LSDalton, OpenRSP and FraME programs.

A new software package, SpectroscPy, has been developed in order to calculate spectroscopic frequencies and intensities, for either vacuous or solvated systems. The current version of the program allows the user to produce IR, Raman and hyper-Raman spectra.

Once magnetic derivatives are available through OpenRSP, implementation of vibrational-rotational spectroscopic properties is also a route that should be investigated.