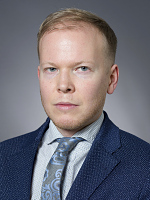 The Hylleraas Centre congratulates Researcher Dr. André Laestadius on the award of an "Regularised Density-Functional Analysis (Regal). In this project, André will explore Moreau–Yosida regularization as tool to create a more well-behaved formulation of density-functional theory (DFT), more amenable to approximations, as expressed in the proposal summary:

"The Kohn–Sham iterations scheme of density-functional theory (DFT) is the most widely used method in quantum chemistry for electronic structure and can hardly be overestimated as a practical tool. Since the central object of the theory – the density functional – is nondifferentiable, the standard derivation of the iteration scheme is unfounded. Nevertheless, extensive work has been done establishing exacts conditions for the density functional, constituting one of the cornerstones of functional development. The aim of the proposal is to study and apply generalizations of the Moreau–Yosida regularization to DFT. This unconventional approach may have transformative impact on the development of approximate functionals as well as the iteration scheme itself."

The project begins on 1st September 2022. On the project, André will hire two PhD students and two postdocs. The budget is 1.5 million euros.

In an interview published on the UiO news page, André says:

"An ERC Starting Grant is an amazing opportunity for me to do research in a field I find extremely interesting. From the time I participated in a summer school in quantum chemistry as a master student, I have been facinated by the mathematical description of the density-functional theory. I am happy for the opportunity to build and lead a research group within this field."

The summer school in question is the Sostrup Summer School of Quantum Chemistry and Molecular Properties, which André attended in 2008.