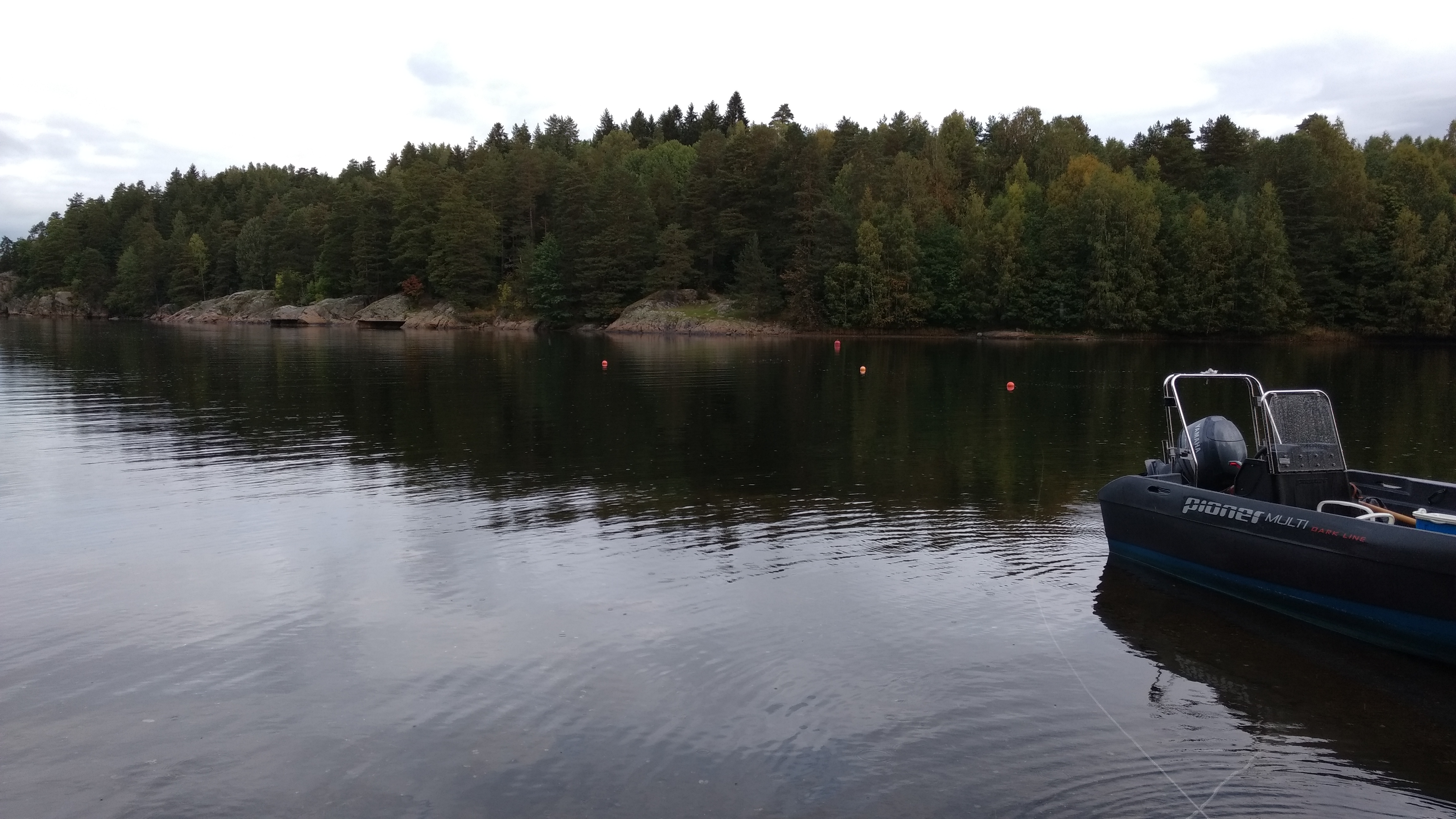 Working with experimental ecotoxicology, most days are spent in laboratories or the office. For my part, I'm trying to unveil the mystery of what happens to known reaction patterns in organisms exposed towards toxicants when simultaneously exposed to threat of predation. My test species, or model species as it's called, is a tiny, shrimp-like creature called copepod. More specifically I'm using the copepod species Tigriopus brevicornis. This species occur in coastal areas and is typically found in tidal pools. In addition to these, I'm using the smell of threespine sticklebacks in my experiments, in order to scare the copepods. This means that we also need to keep some fish for whenever we need their smell.

It felt necessary to put what's coming next into some sort of meaningful context, just to ensure that there is no doubt we were not only having fun, but actually working this day. However, the following text is merely a bragging piece of work, to show off how working as a biologist timely look like.

So, working with live animals have the most welcomed side-effect that we every so often get to go out and sample animals, in order to replenish our lab cultures with some fresh genetic input. With winter coming, we boldly stepped outside the sturdy great walls of Kristine Bonnevies hus at Blindern and ventured off to Drøbak to look for copepods and threespine sticklebacks whilst still easy to find.

University of Oslo have a field station in Drøbak, Biologen. There are many interesting facts about both Drøbak and Biologen. For instance, the research station was originally established and used by, among others, Fridtjof Nansen. And even before this, the area hosted of one of history's big names in marine biology, Otto Fredrik Müller, who invented a bottom-scraping device still used today (norsk: trekantskrapen). He further went on to describe a whole range of new marine species during his time in Drøbak, among many - the Drøbak sea urchin (norsk: Drøbakkråkebollen). Despite all this cool stuff, Jan and I only wanted to rent one of the boats at Biologen and hopefully store some sticklebacks there later on, given that we managed to catch some.

Sticklebacks are, like so many other fish, easiest caught using a fish net. For our purpose we used something called beach seine (norsk: strandnot). Beach seines are deployed parallel to the shoreline, and then dragged slowly from both ends up onto the shoreline, effectively trapping fish on its way towards land. As soon as it's in, one just have to work fast and effectively through the net in order to sort out the species and individuals one need, and at the same time quickly release all the by-catch. It's important to do this in a gentle and effective manner, to ensure that one does not end up killing the by-catch.

We'd also promised a colleague (Sabrina) to bring back some blue mussels for her experiments. Whilst looking for these, we quickly realized the sand in front of us was covered with not only blue mussels, but also the invasive pacific oyster! This species is black listed and unwanted in Norwegian waters. Thus, whilst plucking blue mussels, we also took a good dig at the local pacific oyster population. They're quite tasty!

Hopefully this will keep us through the cold winter months until spring returns, and we once again may venture out to chase down copepods and sticklebacks.