Completion of our latest bumblebee experiment

For the last two years, we have been running an experiment in a climate room in the basement of the Biology building at the University of Oslo, investigating the effect of an insecticide (clothianidin from the group neonicotinoids) on bumblebees, as a part of the research project NEOPOLL 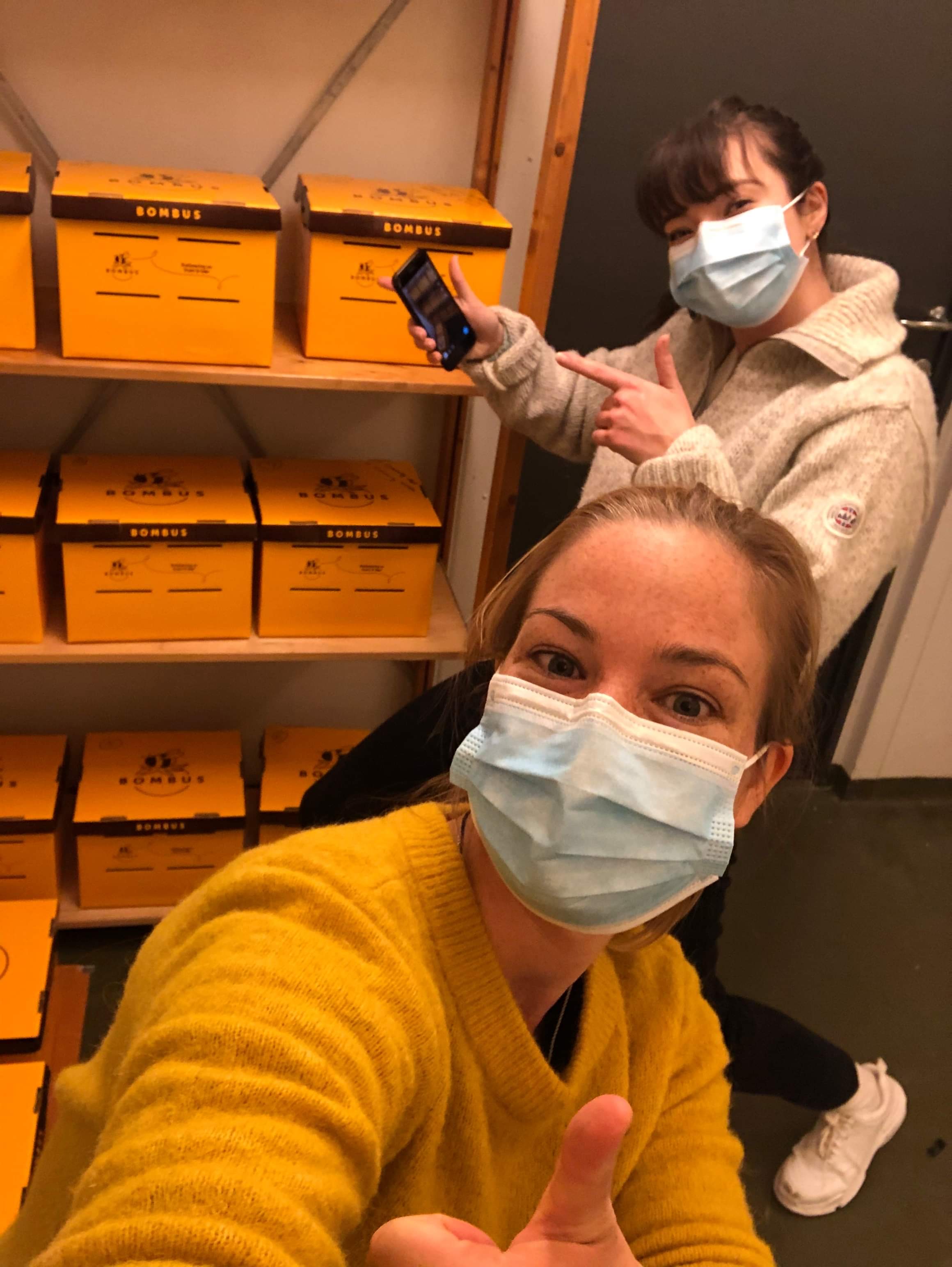 The experiment was an improved and extended version, both in size and time, of a previous experiment developed and tested by Julie in her Master thesis. In addition to addressing the effect of the insecticide, we also included the effect of temperature, which naturally divided the experiment into two duplicate parts, part 1 with 28˚C and part 2 with 16˚C.

Having spent most of the first half of 2018 to plan the experiment (mostly by Julie, while Malin tried her best to help), we officially started in June of the same year. At that time, Malin was just finishing her first year as a Master student and Julie had just started her PhD. Now, two (!) years later, we finally finished the experiment 19. Nov 2020!

The experiment was prolonged by several happenings, some joyful, including graduation and a baby, other dreadful, such as the pandemic. Malin was originally only going to work on the first part of the experiment and use those results for her master thesis. Luckily, this part went without any large hiccups. Then, as one of the joyful delays, we halted the experiment when Julie got pregnant and then gave birth to a beautiful boy in the summer of 2019. The addition of baby Peder to the world has been the undisputed highlight #1 of this two-year period! By then, Malin was busy finishing her thesis and with Julie no longer being allowed to work with pesticides, the experiment was delayed. As Julie was away on maternity leave, Malin was hired with the goal of publishing her findings from her master thesis (a work still in progress) and help Julie with the experiment when she returned. Soon after Julie’s return, the COVID-19 pandemic hit and we had to terminate the experiment as the university shut down. As the pandemic also stopped Julie’s research stay in Reading, England for the next step in her PhD, we continued with the experiment when the university slowly re-opened in May. We than had help from Helene, so for a short time, we were three people working with the bumblebees.

Now that we are finally finished, we are able to look back and analyse; what went well, what could have been better, and what did we learn? First, and maybe the most important, we have seen how important it is to plan everything in detail and run trials before starting the experiment. For example, during one of the trials, we realized that the height of the flowers was important. Our goal was for the bumblebees to fly and land on the flowers, but with the original height, they were able to climb onto the flowers instead. So, back to the drawing board. Eventually, when we started the experiment, everything was a smooth process. Due to thoroughly planning, the process was much more “do” than “think”. However, there were some hiccups along the way. No matter how much we tried to argue with the bumblebees that they should stay in their colonies at all times when they are not allowed into the flying arena, they will take the chance to escape when offered the opportunity. Not often an occurrence, but always a threat. Also, the climate room we worked in was not very big, but large enough for bumblebees to find several hiding spots and caused us to sometimes ask ourselves “where did that bumblebee come from and why is it there?”, as an escaped bumblebee had revealed itself. A small downside is that you start to see bumblebees everywhere, even when they are not there. Luckily, during these two years, we have had zero bee stings! Furthermore, working with living research animals has taught us to expect the unexpected, and to keep a levelled head and think clearly when something unexpected does occur.

Finishing the experiment is almost a bit bittersweet. Running the experiment has been taxing and it has always been in the back of our minds. As we came closer and closer to the end and with so many delays, the worry increased that something would happen which would cause us to delay the experiment further. Now a weight has finally been lifted off our shoulders. However, although the work has been demanding, working with bumblebees has also been fun. They are just adorable tiny creatures, and we could spend hours watching them in the flying arena (which I guess we already have)!

The Faculty of Mathematics and Natural Sciences has made a short video about our work and what we did during the experiment: https://fb.watch/24D60pMKv6/ (NB! Norwegian)