Doctoral candidate Ina Jungersen Andresen at the Department of Biosciences will be defending the thesis "Genomic- and transcriptomic investigations of the giant green alga Acetabularia acetabulum Resurrecting a forgotten model system to study cell morphogenesis" for the degree of Philosophiae Doctor. 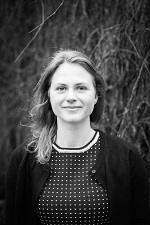 The meeting opens for participation just before 11.15 AM, and closes for new participants approximately 15 minutes after the defense has begun.

"The evolution of photosynthesis in the eukaryote tree of life"

The large, unicellular green alga Acetabularia acetabulum served as a popular model for cellular morphogenesis and shape development in the middle of the 20th century. Despite being a single cell, holding a single nucleus, this umbrella-shaped cell stretches up to 20 cm, which is several orders of magnitude larger than most animal and plant cells.

Though the interest and number of publications on A. acetabulum rapidly increased during the 1950s, its’ significance decreased just as rapidly at the onset of the era of molecular biology, as it was difficult to adapt to the developing field of molecular biology. In this thesis, Ina Jungersen Andresen revisits A. acetabulum as a model system by developing state-of-the-art molecular tools in an attempt to understand the genetic mechanisms behind the development of cellular morphology.

Andresen presents her work in three papers; The first paper describes the quantitative differences in the distribution of gene products (mRNAs) in this large cell. Andresen and co-workers found distinct pools of mRNAs accumulating in the different compartments of the cell. This supports the view that RNA localization is a major mechanism in establishing the highly elaborate shapes of these macroscopic cells. The second paper presents an attempt to sequence and assemble the genome of A. acetabulum by using a novel combination of single-cell methodologies not previously applied to large eukaryote genomes. The study uses microfluidics technology to capture single cells and distribute the DNA into thousands of microscopic droplets before amplifying the DNA to the quantities needed for next generation sequencing. Although only around 10% of the A. acetabulum genome was recovered, the study lays the foundation for future attempts on whole genome sequencing of other single celled eukaryotes. The third and final paper presents a robust phylogeny of A. acetabulum and its relatives in order to trace the evolutionary history of gigantic single-celled green algae. Andresen and co-workers include seven new species of green algae previously missing from large-scale molecular evolutionary investigations. Their results support the recent hypothesis of independent evolution of the macroscopic single-celled forms of green algae. Furthermore, their firm placement of A. acetabulum and its closest relatives among morphologically much more reduced species shows how highly evolvable green algal cells are, and that intricate cellular morphologies have evolved repeatedly.