PhD candidate Elisabeth Lundsør at the Department of Biosciences will be defending the thesis "Phytoplankton community dynamics in the Oslofjorden based on a century long time series" for the degree of PhD. 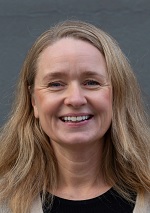 The meeting opens for participation just before 13.15 PM, and closes for new participants approximately 15 minutes after the disputation has begun.

The environmental conditions in the Oslofjorden have received much attention lately. But is everything bad? Or is something better than before? Already 100 years ago, researchers became aware that human activity polluted the Oslofjorden. Therefore, the environmental conditions in the fjord have been investigated since then. Data from 100 years of research and monitoring of the water quality in the Oslofjorden have been the source of our project. We have compiled data on nutrients and phytoplankton to a long-time-series that has enabled us to study changes in the water quality over time. We show that the amounts of nutrients and phytoplankton increased until the 1990s, but that measures to reduce the supply of nutrients led to decreasing levels since then. During the last 10 years, the blooms of phytoplankton have changed, especially the spring bloom, which starts later and is smaller. These changes may be linked to increased temperatures and changes in the stratification of the water column due to climate change. Similar patterns have also been found elsewhere. These changes can affect the entire food-chain in the fjord, and I advise that zooplankton, grazing the phytoplankton, should also be included in the monitoring of the Oslofjorden and coastal areas.