PhD candidate Camilla Lo Cascio Sætre at the Department of Biosciences will be defending the thesis "Genomic and phenotypic consequences of range  expansion and colonisation" for the degree of PhD. 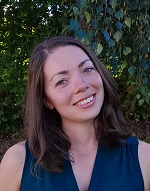 The events opens for participation just before they start, and closes for new participants approximately 15 minutes after it has begun.

Climate change and human activities are currently affecting species around us in a variety of ways. For instance, many species are expanding their range and settling further north in the northern hemisphere as the climate is warming. There is a lack of knowledge of how a range expansion affects the expanding species. Newly established populations may thrive or fail, and the ability to adapt to new conditions and prosper differs from species to species. In this thesis, I studied the reed warbler (Acrocephalus scirpaceus), a migratory bird which is expanding its range northwards in Europe into Fennoscandia, but has also recently colonised Malta in the south of Europa. I looked at changes in observable characteristics of the birds, and at their genetic material. To learn more about the reed warbler's genes, I assembled the entire genome of the reed warbler. I found that the different European populations are very similar genetically, but there is some novel variation in the newly established populations. I also found that the reed warblers are highly adaptable, and responsive to climatic conditions. The success of the reed warbler's range expansions is in contrast with many other species that are negatively affected by our changing world.

Department of Biosciences
E-mail this page