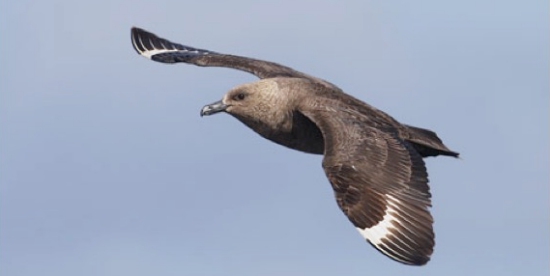 South Skua contains high levles of pollutants in spite of living in Antarctica.

Studies report findings of manmade halogenated pollutants even in remote regions like the Antarctica. South Polar Skua is a large seabird and an aggressive top predator in the Antarctic marine ecosystem. During the breeding season, the South Polar Skua colony at Svarthamaren in Dronning Maud Land feed exclusively on eggs and chicks from the resident Antarctic petrells.