Title: The role of environmental factors in shaping the population structure of anaerobic subsurface microorganisms. 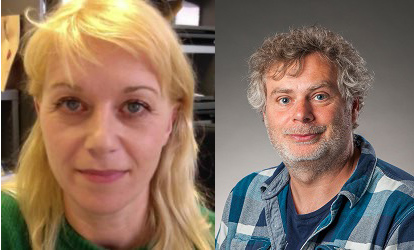 It will be served coffee and cake.

Title: The role of environmental factors in shaping the population structure of anaerobic subsurface microorganisms.

Dispersal of strictly anaerobic microorganism is likely restricted in surface environments due to oxygen exposure. Thermotogae bacteria are anaerobes common in anoxic subsurface environments, particularly those impacted by hydrocarbons. Mesophilic and hyperthermophilic Thermotogae bacteria show differences in pangenome size, population structure and phylogeographies, with the hyperthermophiles having smaller pangenomes and less geographical structuring.

I will discuss how these differences in population structure probably are linked to differences in growth temperature and resulting sensitivity to exposure to oxygen during dispersal. I will also explore phylogeographies two other anaerobic lineages; a mesophilic Methanogen and a thermophilic none-spore-forming Firmicute.​

Bacterial species belonging to the genus Klebsiella occupy a wide variety of ecological niches and impose a major public health burden. In addition to hospital associated carbapenem resistant strains, hypervirulent clones can cause serious disease outside of hospitals. Although the majority of disease is caused by the species K. pneumoniae (Kp), other related species also cause disease in both humans and animals, as well as harbouring many antibiotic resistance genes.

However, there has been no systematic genus-wide survey of the distribution of antibiotic and virulence genes for Klebisiella. Moreover, there is limited understanding the patterns of gene flow within the genus, or how the genomic diversity underpins the ecological diversity. I will discuss data from large genome sequencing projects that shed light on the transmission of Kp across Europe, and the genome dynamics of the various Klebsiella species from multiple niches.