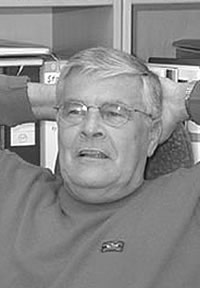 Odd Gropen's initial mentor was Per N. Skancke, and Odd followed him to the University of Tromsø where he was hired as an assistent professor in 1972, and later promoted to full professor in 1990. He worked at the University of Tromsø for the rest of his scientific career, but took advantage of a favorable sabbatical system for frequent stays abroad, collaborating with a broad range of international colleagues.

As a professor at a small upstart university, Odd Gropen had to cover many functions and to teach a broad spectrum of courses at various levels, as well as establish a doctoral program. He also served in various administrative functions, on committees and evaluation boards, both locally and nationally. He was one of the main movers behind the establishment of high-performance computing in Norway, an activity that was central to his own field of research. Towards the end of his career, he was Dean of the Faculty of Mathematics and Natural Sciences at the University of Tromsø for 6 years.

Odd Gropen's initial research efforts in semi-empirical quantum chemistry very early turned to ab-inito methods as these became more affordable and computing capacity became available. Through collaboration with Sigeru Huzinaga, he was introduced to effective core potentials (ECP) which became a mainstay of his research over the next decades. He used this in a variety of application, perhaps the most important was in early work on modeling of reactions on surfaces. This was important in order to understand the mechanisms driving catalytic processes, a field of modeling that has developed steadily since then and now is central for all research on catalysis.

The availability of ECPs and their application to many of the heavier metals involved in catalysis, lead Odd Gropen into research on relativistic effects in quantum chemistry and how to model these. He here engaged himself both in the development of ab-initio 4-component methods, in approximate 2-component methods and in relativistic extensions of the ECPs. Together with colleagues he developed the AMFI mean-field spin-orbit splitting method for approximate treatment of spin-orbit splittings in correlated calculations on relativistic systems. Towards the end of his career, he extended this work on relativistic calculations to density functional theory.